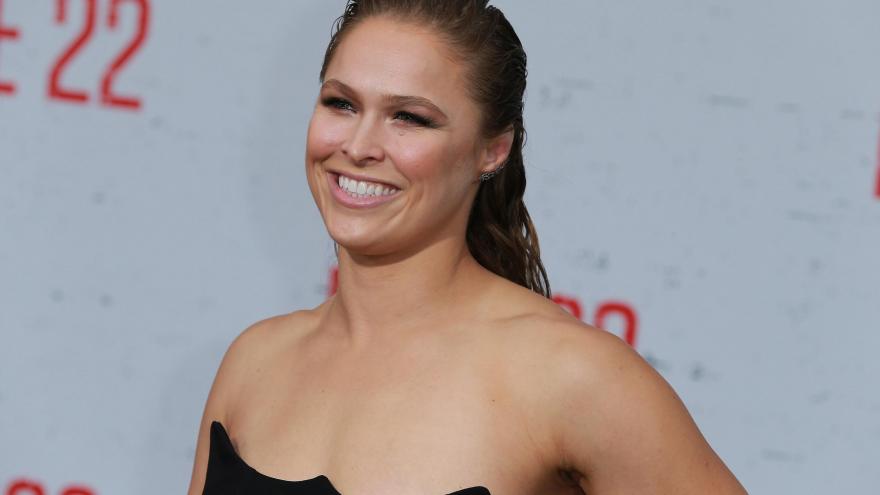 (CNN) -- Ronda Rousey nearly severed a finger in a freak on-set accident, she revealed on Tuesday.

The actress, WWE star and former MMA fighter was filming the third season of the FOX drama "9-1-1" when she slammed her hand in a door.

She initially thought she "jammed her fingers" and finished the take, Rousey wrote, before she shared what happened with the episode's director and was rushed via ambulance to a hospital where doctors reattached her bone and tendon to her finger with a plate and screws.

Rousey did not say when the incident occurred, but returned to work the next day.

Representatives for "9-1-1" had no comment when contacted by CNN.

Rousey posted a picture of the injury on Instagram, writing: "Modern medicine amazes me, I already had 50% range of motion back in 3 days. There's so much more than I can write here, stayed tuned via @rondarouseydotcom for the full story. And of course tune in to see how well I can act like my finger didn't just fall off in this upcoming season of @911onfox."