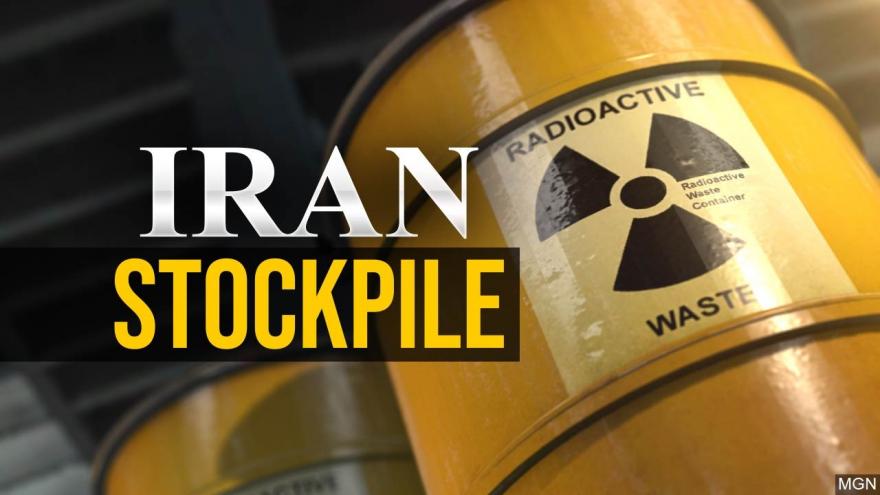 Rouhani also said the country's nuclear industry was better off today during his address at the 59th Iranian Central Bank General Assembly in Tehran that was broadcast live on Iranian state television.

"Our daily enrichment is today more than before signing the (JCPOA) agreement," Rouhani said, referring to the Joint Comprehensive Plan of Action, the official name of the 2015 nuclear deal. Rouhani offered no specifics on how much more uranium is now being enriched.

Signed by Iran and the US, France, Russia, China and Germany -- a group known as the P5+1 -- after two years of intense negotiations, the deal was intended to limit Iran's civilian nuclear program and prevent it from developing nuclear weapons in exchange for sanctions relief.

But the deal began to unravel when the US walked away from it in 2018 and reimposed sanctions on Iran. Tehran has responded in recent months by pulling back from some of its commitments under the pact.

Earlier this week, the so-called E3 countries -- Germany, France and the UK -- triggered a dispute mechanism in the deal, citing Iran's breaches of some of the limits in the agreement.

Rouhani on Thursday accused the P5+1 countries of backing away from the deal, and said Iran had acted accordingly.

"We didn't sit around, when they (P5+1) reduced their commitment (to JCPOA), we also reduced our commitment," Rouhani said.

"I'd like to say the current situation is not an easy one, but we are aware that world security, world politics and the world economy are closely connected," he added.

Since pulling out of the deal in 2018, the Trump administration has introduced a "maximum pressure" campaign of harsh sanctions, but the European Union has called for the deal to be upheld.

And despite invoking the dispute mechanism in the deal, the foreign ministers of France, Germany and the UK said earlier this week that they remain committed the pact.