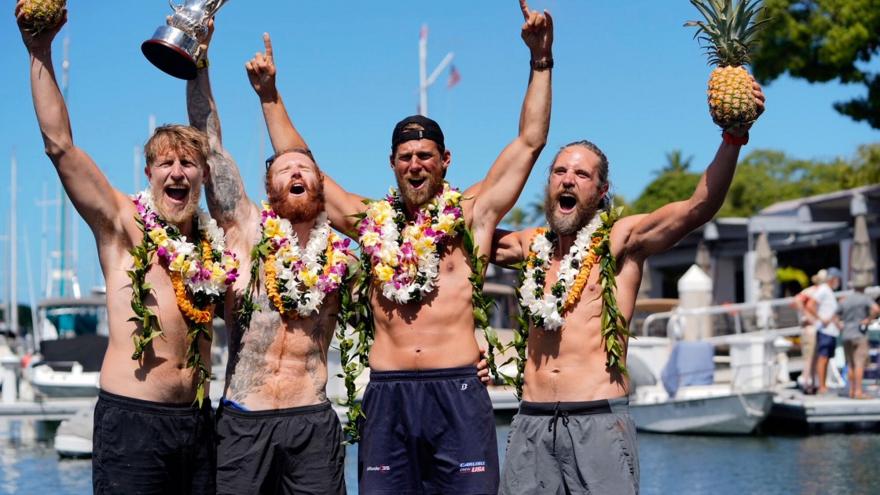 The Lat 35 team celebrates after rowing from San Francisco to Honolulu.

(CNN) -- A California rowing team is celebrating after it claims its journey from San Francisco to Honolulu set a new record for the fastest Mid-Pacific crossing.

Lat 35 Racing says it took the four-man team 30 days, 7 hours and 30 minutes to complete the journey. The team's feat tops the previous Guinness World Record by almost nine days, according to the Great Pacific Race.

The 2,400-nautical mile race is one of the toughest on earth, according to the race's website. Teams of two or four compete in identical, self-supported boats.

Caldwell, the team's captain, told CNN affiliate KITV that members are able to make the journey by taking turns rowing.

"There was something special on that boat and I will spend the rest of my life failing to describe to others," Caldwell posted on Instagram.

The race took its toll, though. The team was weighed before and after the race. And despite eating 5,000 calories a day, the team lost a combined 76.3 pounds or 34.6 kilograms, according to a Facebook post by the race.

KITV reported that the team planned to spend several days in the islands before returning home.