Roy Horn of Siegfried and Roy duo dies of coronavirus 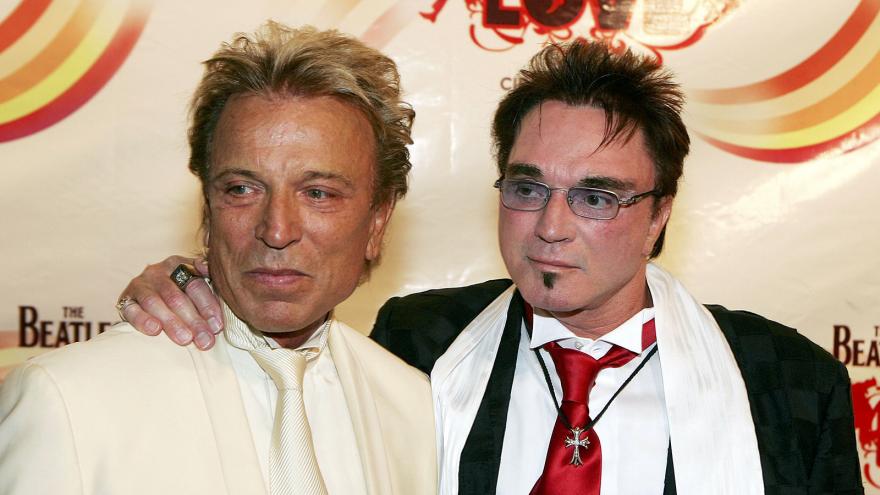 Roy Horn, right, and Siegfried Fischbachen arrive at a premiere at The Mirage Hotel & Casino on June 30, 2006, in Las Vegas, Nevada. Ethan Miller/Getty Images
(CNN) -- Roy Horn, one-half of the popular Las Vegas animal and magic act Siegfried and Roy, died Friday of complications from the coronavirus, according to his publicist. He was 75.

"Roy was a fighter his whole life including during these final days," Fischbacher said in a statement. "I give my heartfelt appreciation to the team of doctors, nurses and staff at Mountain View Hospital who worked heroically against this insidious virus that ultimately took Roy's life."

Their revue ended after Horn was attacked on stage by a white tiger named Mantecore in October 2003, severing his spine.

The attack happened on Horn's 59th birthday, and an audience member told CNN at the time that Horn "looked like a rag doll in his mouth." Horn suffered massive blood loss and stroke, and required two surgeries.

Horn believed the attack was a reaction to a stroke and afterward called Mantecore "my lifesaver," his publicist said.

Horn eventually was able to walk again, but he and Siegfried would only perform together one more time for a benefit before retiring in 2010. He spent the rest of his life traveling, visiting his animals and attending shows and philanthropic events in Las Vegas, the statement said.

"Today, the world has lost one of the greats of magic, but I have lost my best friend," Fischbacher said. "From the moment we met, I knew Roy and I, together, would change the world. There could be no Siegfried without Roy, and no Roy without Siegfried."

A public memorial will be held in the future for Horn. He leaves behind his brother, Werner Horn, and his longtime performance partner, Fischbacher.