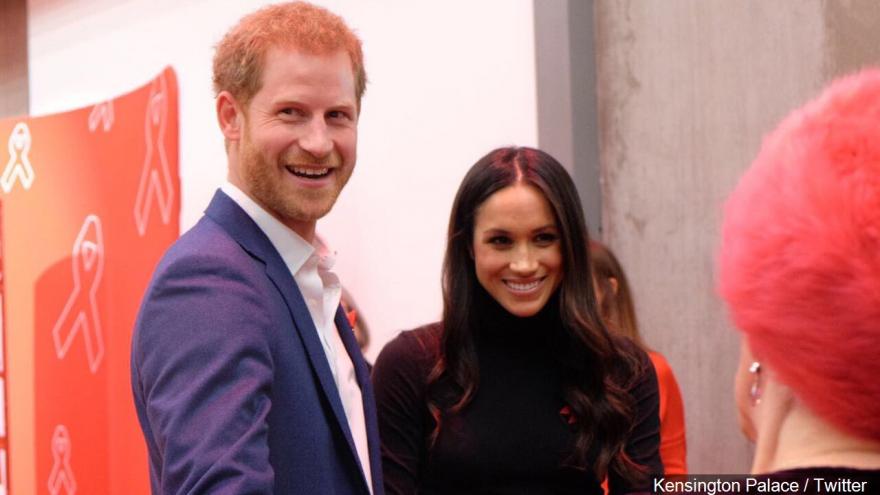 (CNN) -- Britain's royal family has told social media users to show "courtesy, kindness and respect" when interacting with its online posts, after repeated cases of online abuse directed at Duchesses Meghan and Kate.

The family released a set of guidelines for "anyone engaging with our social media channels" on Monday, banning any "obscene, offensive, threatening, abusive, hateful" and discriminatory posts.

Meghan, Duchess of Sussex, and Catherine, Duchess of Cambridge, are frequently the subjects of abusive comments on social media -- something that prompted Kensington Palace to ask social media firms for help in tackling the issue in January.

Much of the abuse is sexist, while racist comments are also made against Meghan, who joined the royal family when she married Prince Harry last year.

The royal family said it reserves the right to delete comments, block users and report posters to police if their contributions do not meet their guidelines, which also state that comments "must not be off-topic, irrelevant or unintelligible."

"These guidelines are in place to help create a safe environment" on their social media channels, the statement says.

The family and Kensington Palace -- which is responsible for the Duchesses and their husbands, Harry and William -- have millions of followers on their Facebook, Instagram and Twitter profiles.

The social media platforms have their own set of guidelines but have been criticized in the past for being slow to respond to abusive language.

In January, celebrity magazine Hello! launched a campaign calling for people to change how they post online, in response to a boom in online abuse directed at the Duchesses.