Ruff job: Busch will pay your pup $20,000 to be its official dog beer taster 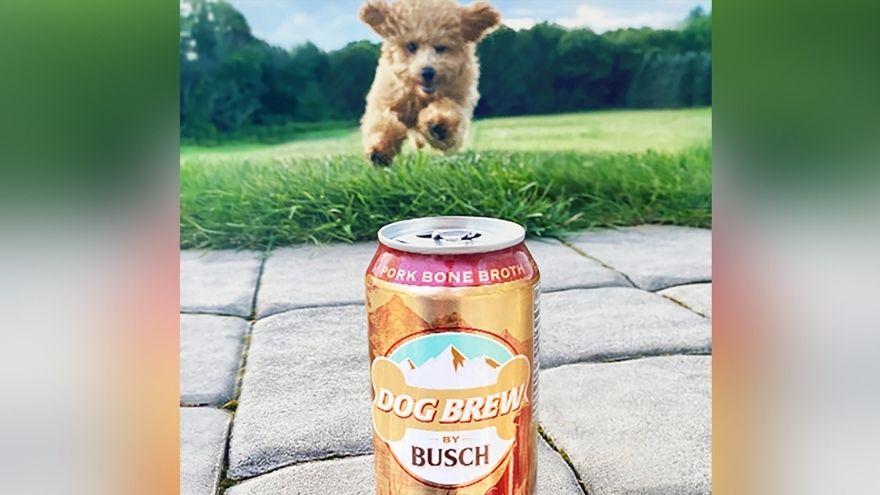 Busch is sniffing around for a new CTO — \"chief tasting officer\" — and it wants your very good boy to apply. Credit: ANHEUSER-BUSCH INBEV S.A
By Alexis Benveniste, CNN Business

(CNN) -- Busch is sniffing around for a new CTO — "chief tasting officer" — and it wants your very good boy to apply.

The beer brand is expanding its "Dog Brew," a canine-friendly, alcohol-free bone broth it launched last year. According to Anheuser-Busch, the brew sold out within 24 hours.

"Don't be fooled by this comedic portrayal — the role will have very important responsibilities, including leading the expansion of Dog Brew's flavor portfolio," Busch wrote in a press release. The job will also include "taste-testing, quality control, and fulfilling duties as an ambassador for the product." The chosen pup will also be "a featured content creator on Busch's social channels," the company said.

Along with the salary, the role will come with perks for the pup, including pet insurance and, of course, free Busch Dog Brew.

"In order to fetch this position, some qualifications include a refined palate, an outstanding sense of smell, and while not required, proficiency in English would be remarkable," Busch said.

Here's how to apply: Pet parents can post a picture of their dog on social media along with their qualifications and the hashtag #BuschCTOcontest.

This announcement is just the most recent example of pups becoming more prominent in the food and beverage space. In January, Martha Stewart launched a line of CBD-infused dog treats. And Ben & Jerry's is now making non-dairy frozen dog treats.