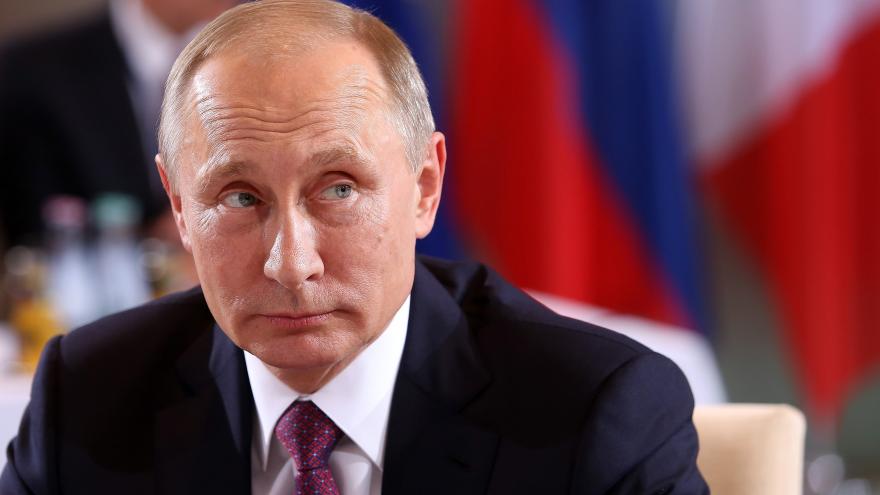 Russia's Defense Minister Sergei Shoigu confirmed the nuclear-capable missiles had been added to service during a conference call with President Vladimir Putin on Friday.

Shoigu gave his congratulations to "everyone with this significant event for our country and for its armed forces," according to remarks carried by Zvezda, the Defense Ministry's news network.

Hypersonic is generally defined as a speed of Mach 5 or over 3,806 mph. The missiles fly into space after launch, but then come down and fly at high speeds on a flight path similar to an airplane. Their lower trajectory make them more difficult for US missile defense satellites and radars to detect.

Earlier reports from Russian state news agency TASS claimed the Avangard has intercontinental range and the ability to fly as fast as Mach 20, more than 15,000 mph.

Russia announced the testing of the Avangard missile system back in 2018, when Putin called the system "invulnerable" due to its ability to evade US defenses. It has also openly stated it is developing underwater hypersonic drones.

But US military analysts have been skeptical of Russia's claimed military capabilities surrounding hypersonic missile systems. The country has also seen significant setbacks, including a deadly accident earlier this year at a military test range.

Earlier this week, Putin boasted of his country's "unique" advances in hypersonic weaponry, saying other countries were "trying to catch up with us."

Speaking at a Russian Defense Ministry board meeting, Putin added that "not a single country possesses hypersonic weapons, let alone continental-range hypersonic weapons," according to a transcript released by the Kremlin on Tuesday.

According to TASS, US inspection officials were shown the latest developments from the Avangard missile system in late November in accordance with the New START Treaty.

Like Russia, the US and China are working on hypersonic projects. Beijing said in August that it had successfully tested a hypersonic aircraft, while the US Air Force awarded a contract to Lockheed Martin to develop a missile earlier this year.