Russia says it intercepted US, Swedish jets over Baltic Sea 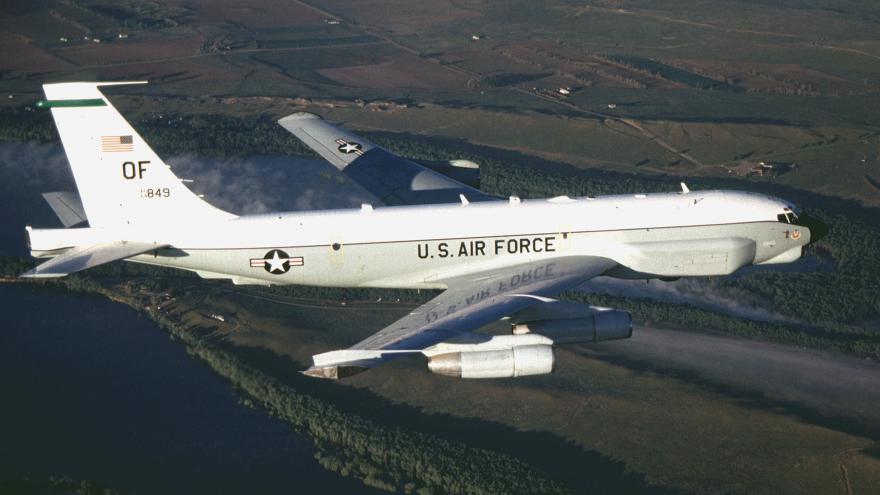 Russia intercepted jets from the US and Swedish air forces over the Baltic Sea, the Russian Ministry of Defense announced, the latest in a series of encounters between the US and Russian militaries at a time of heightened tensions between the two countries. This is an image of The RC-135U Combat Sent, located at Offutt Air Force Base, Neb., provides strategic electronic reconnaissance information to the president, secretary of defense, Department of Defense leaders and theater commanders. Source: US AirForce
By Eli Watkins and Barbara Starr, CNN

(CNN) -- Russia intercepted jets from the US and Swedish air forces over the Baltic Sea on Monday, the Russian Ministry of Defense announced, the latest in a series of encounters between the US and Russian militaries at a time of heightened tensions between the two countries.

The Russian government statement said one of its Su-27 fighters approached the jets "at a safe distance and identified them as a US Air Force RC-135 and a Swedish Air Force Gulfstream reconnaissance aircraft."

"The Su-27 pilot reported on the identification of foreign reconnaissance aircraft and accompanied them, preventing violations of the Russian airspace borders in compliance with all necessary security measures," the Russian statement said. The Russians also released what they said was a video of the interception.

A US military official confirmed the encounter, but said it was safe and professional, declining to provide additional details.

The latest known interception over the Baltic Sea came as the US formally delivered a diplomatic protest known as a demarche to the Russian government on Monday over a near collision between a Russian warship and a US Navy ship in the Philippine Sea on Friday, according to a US official.

CNN has reached out to the US Department of Defense for comment.

Word of the interception of the US and Swedish jets followed several similar recent incidents between the US and Russian air forces.

Last week, the US 6th Fleet said a Russian aircraft had intercepted a US aircraft flying in international airspace over the Mediterranean Sea three times in less than three hours, and late last month, the North American Aerospace Defense Command said US F-22 stealth jets intercepted four Russian bombers and two Russian fighter jets off the coast of Alaska.