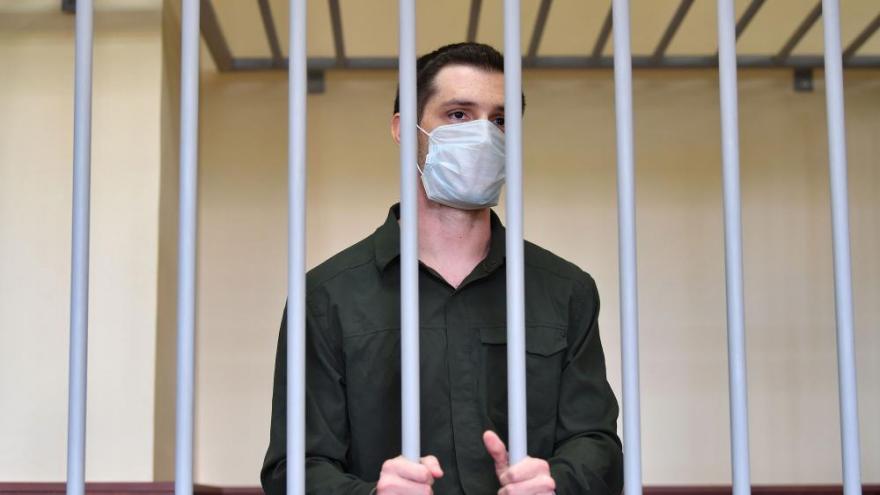 A Russian court has denied former US Marine Trevor Reed's appeal of his nine-year prison sentence for assaulting police officers, the court announced on June 28.

(CNN) -- A Russian court has denied former US Marine Trevor Reed's appeal of his nine-year prison sentence for assaulting police officers, the court announced on Monday.

"The Moscow City Court upheld the verdict of the Golovinsky District Court of Moscow from July 30, 2020 against Trevor Reed," the statement from the court's press service read.

Reed's lawyer, Victoria Buklova, said after the decision that her client would not request a pardon from Russian President Vladimir Putin, state news agency Tass reported. "A pardon presupposes an admission of guilt, and our client does not admit guilt," she said, according to the report. "We believe that the entire body of evidence, including a number of examinations, confirms Reed's innocence of the crime incriminated to him."

"At the same time, theoretically, Reed can be exchanged for one of the convicted Russian citizens in the United States for further serving his sentence in America. However, this issue is already outside of Reed's defence," she said, according to Tass.

Reed was sentenced to nine years in prison in July 2020 for endangering the "life and health" of Russian police officers in an altercation after a night of drinking. He and his family have denied the charges and US Ambassador to Russia John Sullivan called the trial "theater of the absurd."

The US State Department said Monday that it was "deeply troubled" by the Russian court's decision and pledged to continue fighting for Reed's release.

"Trevor has been deprived of his freedom for far too long," Ned Price, the department's spokesman, said in a tweet.

Jonathan Franks, a spokesperson for Reed's family, blasted the court's decision, saying the US should impose "clear and serious consequences" on Russia for "perpetrating a state-sponsored kidnap for ransom."

"The 'Court's' ruling today represents a new low point in this disgraceful charade and it is long past time for the United States to designate each judge, prosecutor and investigator involved in it under Magnitsky," the statement read in part, referring to a federal act in the US that sanctioned Russian officials and nationals for human rights abuses.

Reed's parents, who believe he is being held as part of the broader disputes between Russia and the US, recently pleaded for President Joe Biden to work with Putin to form a deal to send him home.

"He's being held as a pawn to try and leverage concessions in a political dispute between our two countries in which he has no part, and it's time to let him come home to Texas," Paula and Joey Reed wrote in a statement obtained by CNN.

Biden said earlier this month that he had discussed both Reed's case and the case of Paul Whelan, another American detained in Russia, with Putin during their summit in Geneva, Switzerland, pledging to "follow through" on the discussion.

Putin, too, told reporters that "a certain compromise might be found there."