Russian oligarch's luxury yacht seized in Spain at US' request 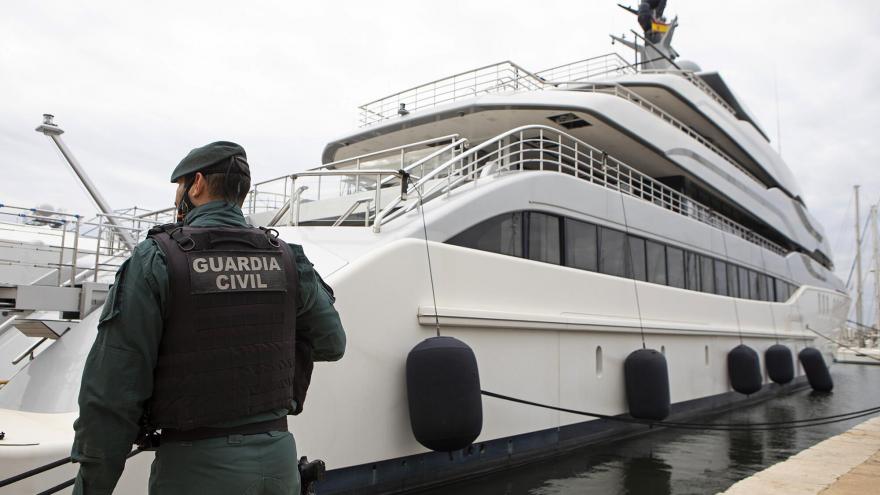 A Civil Guard stands by Russian billionaire Viktor Vekeselberg's yacht in Palma de Mallorca, Spain, on April 4. The 255-foot luxury yacht was seized by Spanish law enforcement on Monday at the request of US officials.

(CNN) -- A 255-foot luxury yacht owned by a Russian billionaire was seized by Spanish law enforcement on Monday at the request of US officials, according to the Justice Department.

The Russian, Viktor Vekselberg, has close ties to Russian President Vladimir Putin, and his case marks the first seizure by a newly formed US task force that's dedicated to cracking down on sanctions violators in response to Russia's war in Ukraine.

The US Justice Department said the $90 million superyacht, dubbed "Tango," was seized based on alleged violations of US bank fraud, money laundering and sanctions statutes. Its seizure happened on Spain's Mallorca island in the Mediterranean, according to court documents.

"It will not be the last," Attorney General Merrick Garland said in a statement Monday. "Together, with our international partners, we will do everything possible to hold accountable any individual whose criminal acts enable the Russian government to continue its unjust war."

Another $625,000 spread across nine different banks was frozen as part of investigations into sanctions violations by Russian nationals, according to the department.

The DOJ announced last month that it was launching a special unit to help enforce sanctions against Russian government officials and oligarchs, targeting their yachts, jets, real estate and other assets.

The unit, called KleptoCapture, includes prosecutors and federal agents and experts in money laundering, tax enforcement and national security investigations from the FBI, the IRS, the US Marshals Service, and the US Postal Inspection Service.

Though a handful of Russian oligarchs -- those billionaires who made much of their fortunes under the watchful eye of Putin -- have called for peace since the war in Ukraine began, many have stayed quiet as nations cut off their access to markets and commerce.