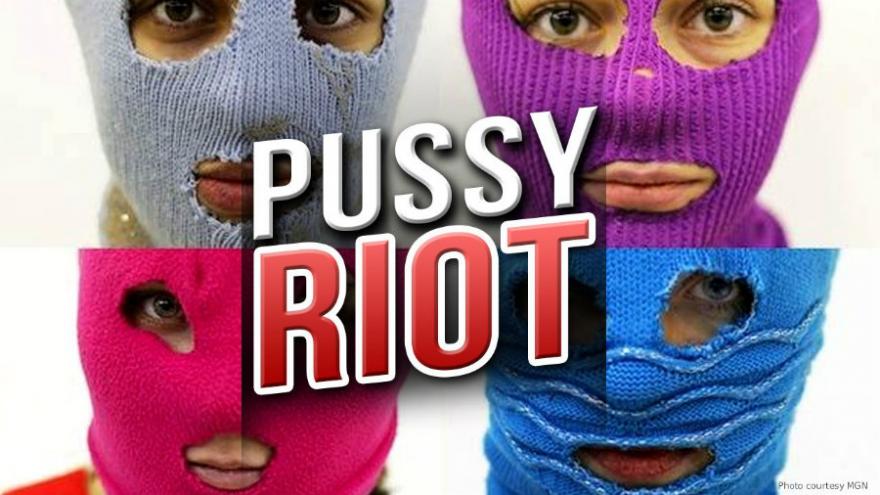 MOSCOW (AP) — A member of the Russian protest group Pussy Riot said Tuesday he's recovering after two weeks in intensive care for a suspected poisoning while a fellow activist suggested he could have been targeted for looking into the killings of Russian journalists in Africa.

Pyotr Verzilov has been at Berlin's Charite hospital since arriving from Moscow, where he had been previously treated. Verzilov tweeted that he only fully regained consciousness three days ago after being in a "black hole" for the previous 12 days. He added that he was "spending days in the great company of wonderful poisons."

German doctors treating Verzilov say reports he was poisoned are "highly plausible," but stressed they can't say how this might have occurred or who was responsible.

Verzilov and three other Pussy Riot members spent 15 days in jail in Russia for running onto field during the World Cup final to protest Russian police brutality.

His friend and fellow Pussy Riot activist Nadezhda Tolokonnikova told The Associated Press after returning from Berlin that German doctors were unable to determine what sickened Verzilov because any possible toxin had been washed out of his body during his treatment at a Moscow hospital.

Tolokonnikova said that doctors at a Moscow clinic told her they couldn't find traces of any known medicine or poison in his blood.

She said she believes Verzilov could have been poisoned because of his political activism, the World Cup stunt or his investigation into the killing of three Russian journalists in Central African Republic in July.

Exiled Russian tycoon Mikhail Khodorkovsky, who financed the Russian journalists' work, said they were looking into a private Russian security firm known as Wagner that operates in CAR.

U.S. special counsel Robert Mueller has indicted Prigozhin and members of a "troll farm" he allegedly funded for waging "information warfare" against the United States through social media platforms and internet-based media.

Tolokonnikova said journalists who had investigated Prigozhin's business interests had faced threats in the past.

She said Verzilov had planned to join the three journalists before they were killed but was unable to make the trip because he was in jail for the World Cup stunt.

Verzilov, who holds dual Russian-Canadian citizenship, had launched his own inquiry into the journalists' killings and received a preliminary report from his collaborator a day before he fell ill, Tolokonnikova said.

She wouldn't say exactly what Verzilov uncovered, but said he "found some clues, which, if investigated further, could lead to some results." According to Tolokonnikova, a person in the Central African Republic who was involved in the investigation has refused to continue, fearing for his safety.

Tolokonnikova also said that Hunter Heaney, an activist who worked with Verzilov, noticed that he was being shadowed by unidentified people while they were in Berlin and called German police, who have provided protection.

Heaney confirmed that the German police had tightened security around Verzilov and put himself under protection. "It seems hard to believe it could have been anything but poisoning," he said of Verzilov's condition.

Berlin police said they were in contact with Verzilov and people close to him and are assessing the situation. They would not comment on any security measures.

Geir Moulson in Berlin and Vladimir Isachenkov in Moscow contributed to this report.