Ruth Bader Ginsburg discharged from the hospital after nonsurgical procedure 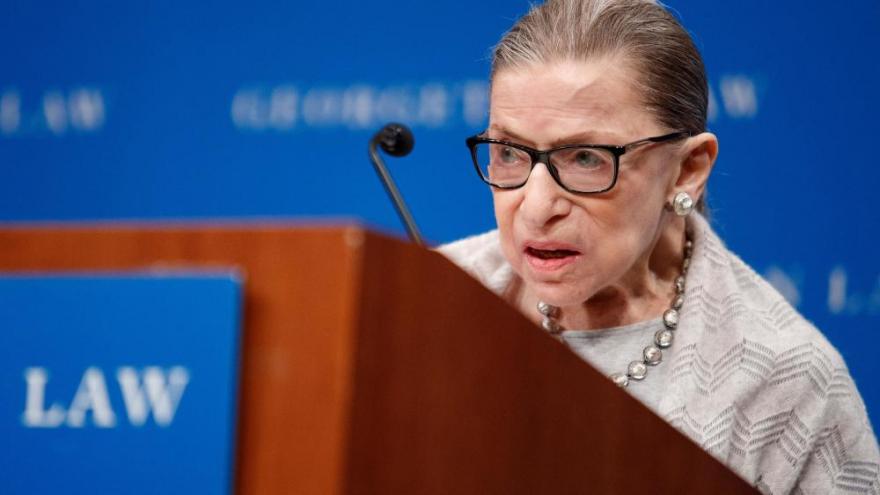 "She is doing well and glad to be home," a statement from the court read. "The Justice will return to The Johns Hopkins Hospital in Baltimore, Maryland, for follow-up outpatient visits over the next few weeks to eventually remove the gallstone non-surgically."

After the court's first day of oral arguments by phone Monday morning, Ginsburg went for outpatient tests at a hospital in Washington. Those tests, according to the court, "confirmed that she was suffering from a gallstone that had migrated to her cystic duct, blocking it and causing an infection."

Ginsburg, 87, was "resting comfortably" after the treatment Tuesday and expected to stay in the hospital for just a "day or two," the court had said.

Ginsburg has a lengthy history of medical issues. She missed oral arguments for the first time in January 2019, while recovering from surgery after two cancerous nodules were removed from her left lung the month prior. At the time, she participated in the cases by reading transcripts. The liberal justice had already received treatment in November 2018 for three ribs she fractured during a fall in her office. And in August 2019, she was treated for pancreatic cancer.

But even in the face of health complications, Ginsburg has remained an active participant on the high court. She participated in Wednesday's Supreme Court's teleconference hearing from the Baltimore hospital.

The phone connection was glitchy as Ginsburg began her questioning Wednesday, and her voice sounded weaker than normal at times. But she hit her stride later in the argument, asking questions that sometimes were more like comments during the case on the Affordable Care Act's so-called contraceptive mandate.

Wednesday's arguments were the third time the justices, due to the coronavirus, heard oral arguments by telephone.