Ruth Bader Ginsburg discharged from the hospital and doing well 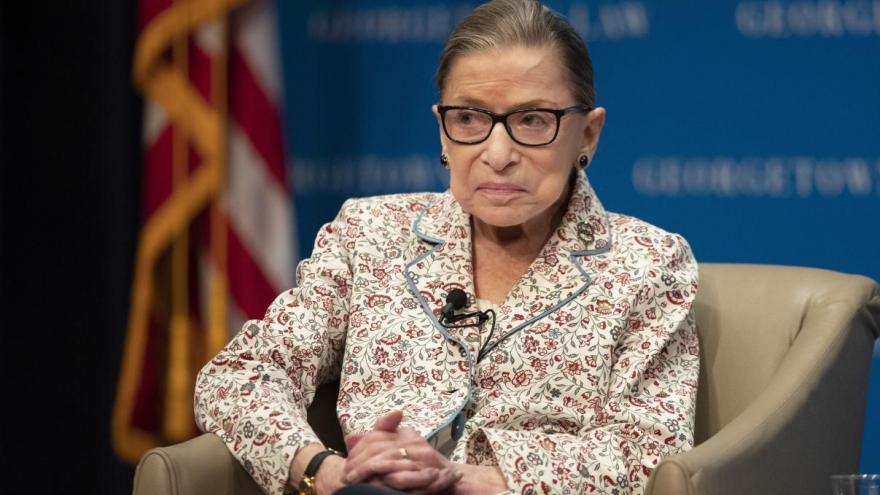 Justice Ruth Bader Ginsburg has been discharged from the hospital after being treated for a possible infection in her latest health scare.

(CNN) -- Justice Ruth Bader Ginsburg has been discharged from the hospital after being treated for a possible infection in her latest health scare.

"Justice Ginsburg has been discharged from the hospital," a Supreme Court spokeswoman said in a statement Wednesday. "She is home and doing well."

Ginsburg had been taken to Johns Hopkins Hospital in Baltimore early on Tuesday "after experiencing fever and chills," spokeswoman Kathleen Arberg said.

"She underwent an endoscopic procedure at Johns Hopkins this afternoon to clean out a bile duct stent that was placed last August," Arberg said on Tuesday, announcing Ginsburg's hospitalization. "The Justice is resting comfortably and will stay in the hospital for a few days to receive intravenous antibiotic treatment."

Ginsburg's quick discharge is the latest apparent dodge of a health scare for the 87-year-old justice, who has proven adept at continuing her job without interruption despite her health issues.

She missed oral arguments for the first time in January 2019, while recovering from surgery after two cancerous nodules were removed from her left lung the previous month. At the time, she participated in the cases by reading transcripts. The liberal justice had already received treatment in November 2018 for three ribs she fractured during a fall in her office. And in August 2019, she was treated for pancreatic cancer.

Trump had told reporters Tuesday that he hopes Ginsburg is feeling better and praised her for "actually giving me some good rulings."

Asked about any retirement plans at 2019 Duke Law School event, Ginsburg repeated a mantra: "I've always said I'll stay on this job as long as I can do it full steam."

At her age, she assesses that each year: "I was OK this last term. I expect to be OK next term. And after that we'll just have to see."