Safety Manager: Grand Canyon tourists may have been exposed to radiation 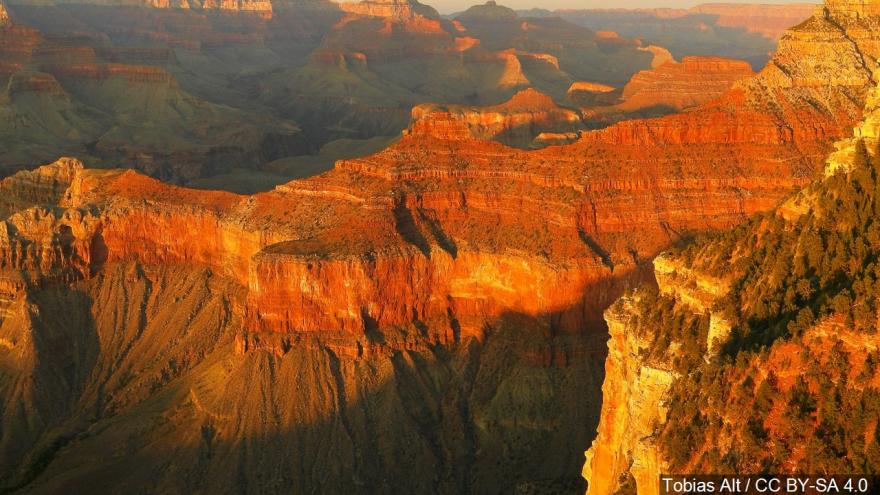 (CNN) -- Uranium ore stored at the Grand Canyon National Park museum may have exposed visitors and workers to elevated levels of radiation, according to the park's safety, health and wellness manager.

Elston Stephenson told CNN that last summer he began asking multiple officials from the Park Service and Department of the Interior officials to warn workers and tourists that they had possibly been exposed to unsafe levels of radiation. After his requests were ignored he said he sent an email to all Parks staff at the Grand Canyon on February 4.

"If you were in the Museum Collections Building (bldg 2C) between the year 2000 and June 18, 2018, you were 'exposed' to uranium by OSHA's definition," the email, which Stephenson provided to CNN, said.

"Please understand, this doesn't mean that you're somehow contaminated, or that you are going to have health issues. It merely means essentially that there was uranium on the site and you were in its presence. ... And by law we are supposed to tell you."

The Department of the Interior said in a statement that the National Park Service (NPS) is investigating what happened and working with the Occupational Safety and Health Administration (OSHA) and the Arizona Department of Health Services.

"Uranium naturally occurs in the rocks of Grand Canyon National Park. A recent survey of the Grand Canyon National Park's museum collection facility found radiation levels at 'background' levels -- the amount always present in the environment -- and below levels of concern for public health and safety. There is no current risk to the public or Park employees," The Department of the Interior said in a statement provided to CNN.

Stephenson told CNN that in early June he found out about three 5-gallon buckets of uranium ore that had been stored next to a taxidermy exhibit at the park's museum for nearly two decades. He said he then immediately contacted a Park Service radiation specialist to report the danger.

According to a report from the NPS Radiation Safety Officer who responded to Stephenson's request on June 14, 2018, testing results were positive for radioactivity above background levels near the buckets, but elsewhere the radiation levels were not elevated.

Still, according to the report, the National Parks Service decided to remove the buckets on June 18 and dispose of the contents in nearby Lost Orphan uranium mine, where the ore had come from.

Stephenson told CNN that NPS workers were inadequately prepared to handle the radioactive material, moving the buckets wearing gardening gloves purchased at a general store, and using mop handles to lift the buckets into pickup trucks for transport.

The Department of the Interior forwarded CNN's requests for comment on these claims to the National Park Service, who did not respond to questions.

Stephenson told CNN that after trying and failing for months to get NPS officials to inform employees and the public about the possible uranium exposure, he filed a complaint with OSHA in late November.

The next day, Stephenson said, OSHA sent inspectors in protective suits to check the museum and found that NPS workers brought the buckets back to the park facility after dumping the uranium ore.

"OSHA has an open investigation on the issue that was initiated on November 28," OSHA spokesman Leo Kay said in statement to CNN, declining to comment further on an active investigation.

Staff for US Congressman Tom O'Halleran, D-Arizona, met with Stephenson in December, according to Communications Director Cody Uhing.

"We flagged this to the Natural Resources Committee, which is responsible for oversight for that area. They and we have requested the Department of Interior's Office of the Inspector General to look into it and provide us with a report," Uhing said.

The Department of the Interior's Office of the Inspector General confirmed Tuesday that it had received a letter from O'Halleran, which it will review.

Dr. Anna Erickson, associate professor of nuclear & and radiological engineering at Georgia Tech University said the uranium exposure at the museum is unlikely to have been be hazardous to visitors.

"Uranium ore contains natural (unenriched) uranium which emits relatively low amounts of radiation. Given the extremely low reading (zero above background) 5 feet away from the bucket, I'm skeptical there could be any health hazards associated with visiting the exhibit."

Stephenson told CNN that while tours of school children did often walk by the buckets at the museum, his larger concern is for employees of the park and high school interns working near the uranium every day.

"A safe workplace really is a human right," Stephenson said.