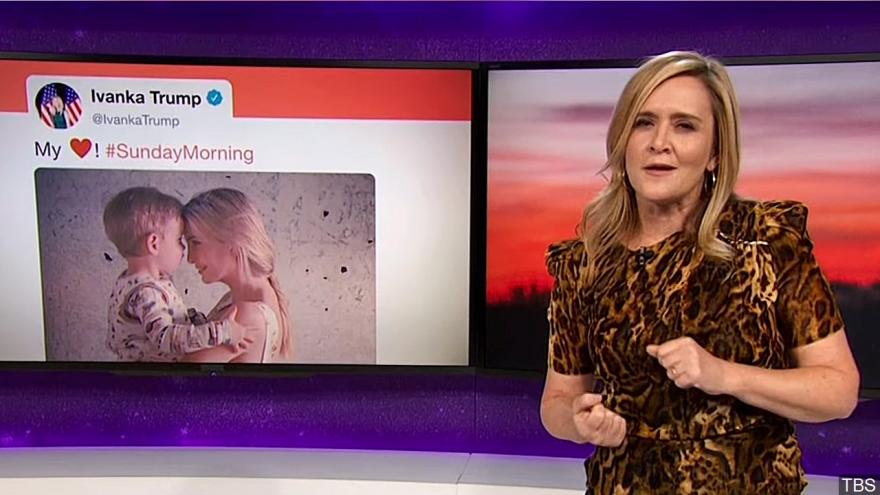 NEW YORK (AP) — Samantha Bee is apologizing to Ivanka Trump and her viewers for using an expletive to describe the president's daughter.

Bee issued a statement Thursday that says her language was "inappropriate and inexcusable." She says she crossed a line and deeply regrets it.

In a discussion of President Trump's immigration policies on Bee's TBS show "Full Frontal" on Wednesday, she used a vulgarity in reference to Ivanka Trump and urged her to talk to her father about policies that separate children from their parents.

White House press secretary Sarah Huckabee Sanders says the language was vile and vicious and called on network management to demonstrate that it wouldn't be condoned.

Why aren’t they firing no talent Samantha Bee for the horrible language used on her low ratings show? A total double standard but that’s O.K., we are Winning, and will be doing so for a long time to come!

TBS says Bee had taken the right step in apologizing. The network says "it was our mistake, too." The network didn't say whether there would be any consequences for Bee or the show.