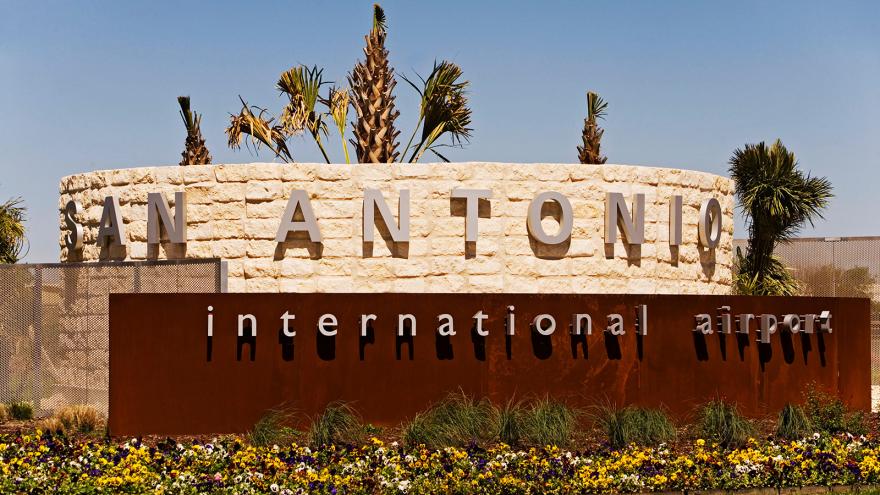 The airport was on lockdown Thursday after an officer-involved shooting, police said. - Alamy Stock Photo

The shooter was driving in the wrong direction on an airport roadway when the officer -- who is not being named -- stopped him outside Terminal B, police said.

"The officer who stopped this saved a lot of lives," San Antonio Police Chief William McManus said during a news conference Thursday afternoon.

The shooter -- who has not been identified -- had "a full box of ammunition," according to McManus. "He had a .45 caliber handgun that he was shooting in the direction of the terminal, at the police officer and behind him, indiscriminately."

The shooter was pronounced dead at a local hospital, McManus said.

An airport lockdown was canceled -- but an airport official said operations are delayed, in part because passengers who were evacuated from the terminal have to go through security screening again.

The man who was killed in the altercation is believed to be responsible for shots fired from an overpass along Highway 281 in San Antonio earlier in the day, McManus said. No injuries were reported in that incident.

The FBI assisted at the scene.

"At this point in time, we see no connection to any federal nexus, any terrorism, anything like that," said FBI Special Agent Christopher Combs. "Unfortunately this man has a history of some mental imbalances."