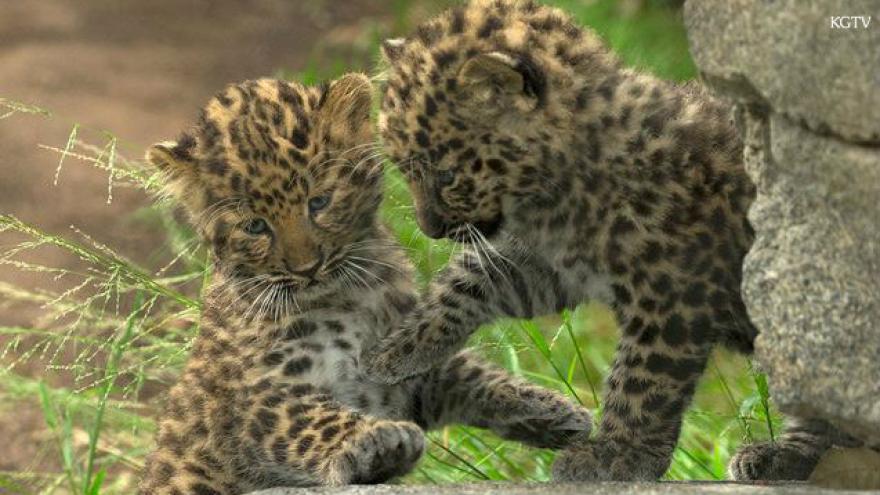 San Diego, Calif. (KGTV) -- For the first time ever, a pair of Amur leopard cubs were born at the San Diego Zoo last month.

The zoo's 4-year-old Amur leopard, Satka, gave birth to the cubs on April 5 and has been spending time with them outside of the public eye since then, the zoo said.

Officials are now allowing Satka to care for her young ones uninterrupted by zookeepers, so that she may lead in their care and build their relationship.

"Our strategy for managing these cubs is to remain very hands off and let their mother continue to do the great job she’s been doing,” Todd Speis, senior mammal keeper at the San Diego Zoo, said. “As the cubs get older, we will begin to build a relationship with them."

The rare species of leopard first arrived in 2011. Less than 70 Amur leopards have been documented in their native habitats in the eastern region of Russia. The species is the "rarest big cat" in the world and considered critically endangered, experts say.

Conservationists hope to save the species through an international breeding program.

San Diego Zoo staff will perform health checks on the cubs in the coming days, including determining their gender.

For now, guests can visit the cubs at the zoo's Asian Cats habitat in Panda Canyon. 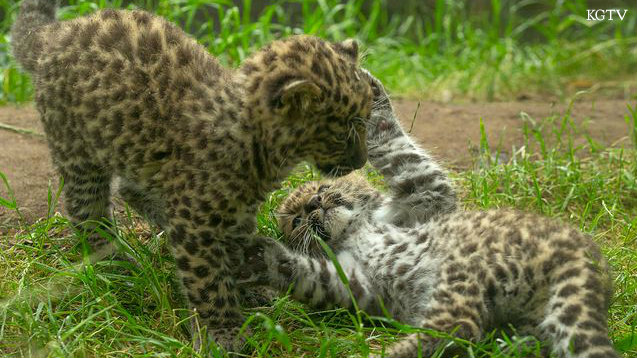