San Francisco police officer donates kidney to save a stranger 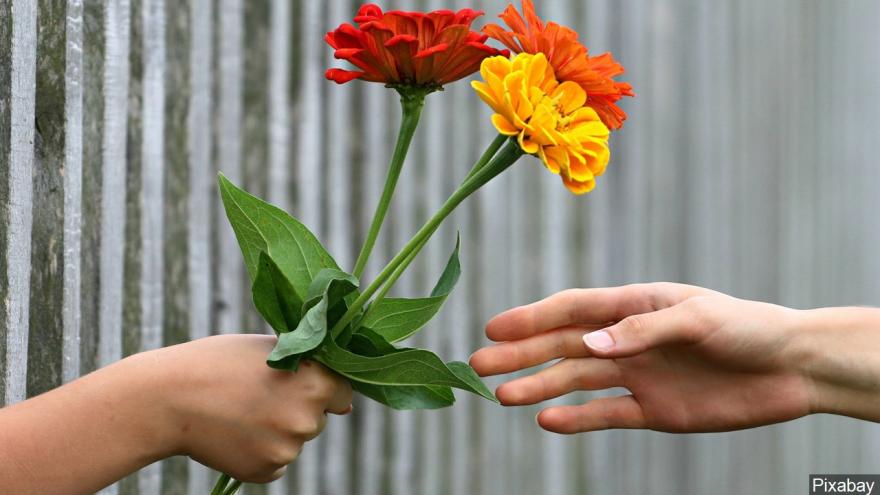 (CNN) -- San Francisco Police Officer Anna Cuthbertson hadn't considered organ donation until she listened to a podcast about a woman who had done it. After some research, she determined she would donate one of her kidneys to help a stranger live.

In February, curiosity drove her to matchingdonors.com, a website that works to connect organ donors with those in need of a transplant. "It looks like personal ads," Cuthbertson said. "People that need different body parts, kidneys being the primary request, and everybody puts up a page. They tell you about themselves, how they ended up in a position where they need an organ."

Cuthbertson was struck by how many people had pages on the site.

"There were so many people that just needed somebody to step forward so they can live," she said, emotion catching in her throat. Even when she narrowed the need down to just her native San Francisco, the need was overwhelming.

"If you're healthy, it's not as big of a deal as people think it is," Cuthbertson said. "I started doing research about the risk, long-term health risk, how much time it takes. And the more I looked into it, the more I realized that there wasn't a reason not to."

Instead, Cuthbertson found a very compelling reason to donate her kidney: Joan.

Sixty-five-year-old Joan Grealis has kidney disease. When she got sick five years ago, doctors discovered that she had hyperoxaluria, or oxalate crystals in both her kidneys -- the result of a biochemical reaction that occurred when she had surgery in her 20s.

Grealis and her husband, Gary, have been together since they were teenagers. But neither Gary nor their two adult children was able to donate to Joan. "They were all tested, and for various medical reasons, they couldn't donate," Grealis said.

But without getting a new kidney, her prognosis wasn't good. "Eventually, I would die," she said. "I would go on dialysis first, and dialysis is usually a couple of years."

Practically minded, Grealis even made cremation plans. "I don't know if I would have done that normally at my age, but it just seemed like I should do this," she recalled.

Wait-listed for a new kidney

For five years, she was on a wait list for a new kidney. She was told it could take eight years or more to get a new organ through the deceased donors list.

"Somebody in my kidney support group had heard of Matching Donors, so I found it online, and I enrolled myself there," Grealis said. "I was concerned because I'm older and it's like, 'Who's going to want to help me?' And to my amazement, within an hour, Anna called me."

That first call was in February, and the two women were on the phone for at least a half an hour. Even though Grealis was a complete stranger, her story resonated with 36-year-old Cuthbertson.

"Joan is about the age that my mother would have been if she was alive," Cuthbertson said with tears welling in her eyes. "Joan's got kids that are about my age, and I just imagined if I had my mom back."

The conversation came easy for Cuthbertson. "It felt natural. It felt comfortable talking to her. I felt like I knew her," she said.

A San Francisco police officer for 10 years, Cuthbertson is also a US Army veteran, having served for 13 years with tours in Afghanistan and Iraq. She sees a correlation between this act of kindness and her careers in uniform.

"I think that my time in law enforcement, my time in the military, I spent trying to make a difference to somebody," Cuthbertson reflected. "You spend a lot of days and a lot of weeks and a lot of months feeling like you're not doing that, like you're not making things better for people, and that's frustrating, and this was a way for me to know that at least I made an impact somewhere."

During the months of testing that followed, the women forged a bond. By the end of September, Cuthbertson had completed all the testing. Unfortunately, the two were not a match for kidney donation. But Cuthbertson saw that she could still help Grealis by entering a kidney exchange program via the National Kidney Registry.

Through the program, other pairs of donors and recipients who were not compatible were found so that matches could be made among them. That took just two weeks, and ultimately nine people received kidney transplants thanks to Cuthbertson's willingness to enter the program to help Grealis.

The kidney Grealis received the week of November 16 came from an anonymous man in Southern California, but she considers Cuthbertson her donor.

"I feel like we are linked for life," Grealis said. "I may not have gotten her kidney, but without her doing what she did, I wouldn't have gotten a kidney, either."

Cuthbertson and Grealis underwent surgery at about the same time at the University of California, San Francisco.

"I got done first, and I remember sitting up in my bed like every time the elevator doors opened," Cuthbertson recalled with a laugh. "I was waiting to see when Joan would show up on the floor. But her surgery got done pretty late, so I saw Gary and her kids first, so it was exciting -- like we've all been through something exciting together."

'I have everything I need'

As for the person who ended up with Cuthbertson's kidney, she's OK if she never finds out who he or she is.

"I don't want the person who ended up with it to feel obligated to me in any way. I don't want them to feel like I'm watching how they are living their life," she reflected. "I hope they're doing well. I hope that it's successful, and I hope they can do what they want. I have everything I need."

Cuthbertson's focus is on the woman she considers the recipient of her kidney.

"I'm excited to see it firsthand and to be able to tell people about it and advocate for it," Cuthbertson beamed. "I'm so happy for Joan and Gary. They've been together for so long, and a bad kidney should not have ended that. So it's exciting!"

And Grealis is already feeling stronger. The pain in her legs is gone, she can get through the day without napping, and she has more energy.