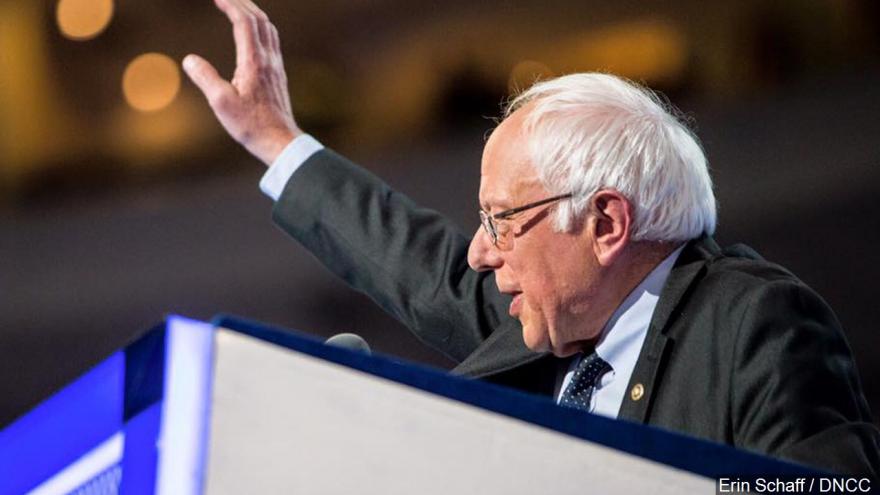 MADISON, Wis. (AP) — Vermont Sen. Bernie Sanders announced a campaign swing Monday that will take him to three Great Lakes region states that are a key part of the Democratic strategy to rebuild a "blue wall" and defeat President Donald Trump.

Sanders planned weekend rallies in Wisconsin, Michigan and Pennsylvania along with stops in Ohio and Indiana. The Sanders campaign said the tour will emphasize that the Democrats' "clearest and strongest path to victory in 2020 runs through the Upper Midwest."

Sanders won Wisconsin in a blowout in the 2016 Democratic primary, and narrowly defeated eventual nominee Hillary Clinton in Michigan. Sanders lost to Clinton in Pennsylvania.

Trump narrowly won all three states by less than a percentage point on his way to defeating Clinton in the general election. Taking them back in 2020 is part of a Democratic strategy to rebuild a "blue wall" in the Great Lakes region.

There have been positive signs for Democrats. They bounced back in the 2018 midterms, winning the governor's office and U.S. Senate races in Wisconsin, Michigan and Pennsylvania.

However, in a setback for Democrats, the conservative candidate for a Wisconsin Supreme Court seat captured 6,000 more votes than his liberal challenger in a race last week that Democrats had expected to win.

Strategists on both sides said that race speaks to the razor thin margin in Wisconsin, further fueling its place as a battleground state in the presidential race.

Former Texas Rep. Beto O'Rourke visited Wisconsin during the launch week of his presidential campaign last month, and Sen. Amy Klobuchar from neighboring Minnesota has also campaigned in the state.

Sanders is no stranger to Wisconsin. A Madison rally in July 2015, early in his candidacy, attracted 10,000 people, his largest up to that point. More recently, Sanders has returned to Wisconsin many times since 2016 to campaign for candidates. His 2020 presidential campaign policy adviser is from Wisconsin, as is his Midwest press secretary.

Sanders plans to hold a rally at a park in downtown Madison on Friday night, followed by a rally at a community college in Warren, Michigan, on Saturday. His event Sunday is near both the University of Pittsburgh and Carnegie Mellon campuses.

Sanders said his message for the weekend events will focus on "fighting against unfair trade deals that undermine workers wages and enrich CEOs, rebuilding and strengthening unions and guaranteeing health care as a right to all with Medicare for All."

Sanders leads the crowded field of Democratic presidential candidates this year in fundraising as he tries to establish himself as the clear front-runner.