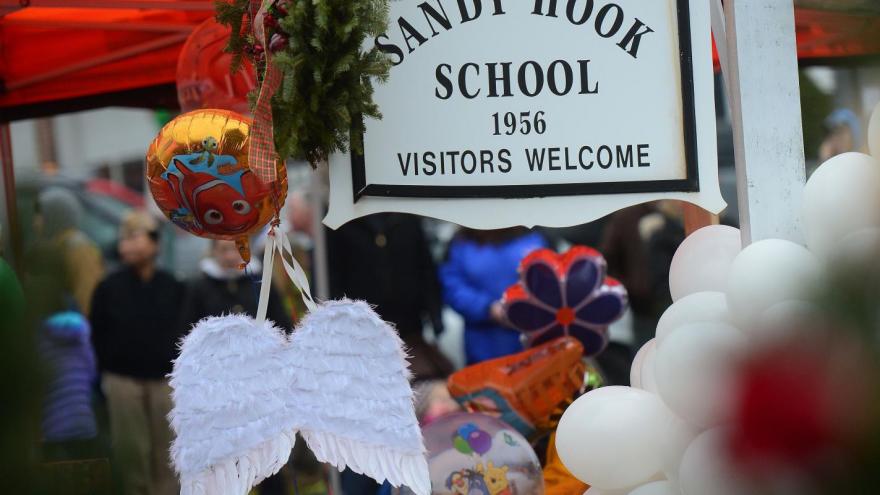 Sandy Hook families who are suing Alex Jones, alleging he defamed them by repeatedly calling the murder of 26 children and adults a "hoax," rejected his offer to settle on March 30

(CNN) -- Families suing Alex Jones, the conspiracy theorist who hosts the right-wing commentary website Infowars, rejected his offer Tuesday to settle a defamation lawsuit filed in response to his claims that the 2012 Sandy Hook school shooting was a hoax.

Attorneys for Jones offered $120,000 each to 13 plaintiffs who sued him over his false claims about the December 2012 shooting at an elementary school in Newtown, Connecticut, that left 26 dead, including 20 children.

"Mr. Jones extends his heartfelt apology for any distress his remarks caused," each offer of compromise states.

"The so-called offer is a transparent and desperate attempt by Alex Jones to escape a public reckoning under oath with his deceitful, profit-driven campaign against the plaintiffs and the memory of their loved ones lost at Sandy Hook," each of the plaintiffs' replies state.

Norm Pattis, an attorney for Jones, told CNN Tuesday he wouldn't disclose whether "more generous" offers were previously made.

"Mr. Jones has already apologized on the air. The shootings took place almost a decade ago, and were a minuscule part of Mr. Jones' programming," Pattis said in a statement. "But for this litigation, they would be a sad footnote in our recent history. Who gains by all this?"

Several families of victims have sued Jones over his false claims that the mass shooting was "giant hoax" carried out by crisis actors on behalf of people who oppose the Second Amendment.

Jones eventually acknowledged the shooting was real during a 2019 sworn deposition he participated in as part of a defamation case.

Bellis had denied Jones' request to delay the deposition due to an undisclosed medical condition saying, "the medical issues, while potentially serious, are not currently serious enough to either require his hospitalization or convince him to stop engaging in his broadcasts."

Jones' attorneys argued their client was not well enough to sit for a deposition and was under doctor's orders not to leave his home, but confirmed in a court filing he was still hosting a live show on his website.

"Mr. Jones cannot unilaterally decide to continue to engage in his broadcasts, but refuse to participate in a Deposition," Bellis said in a decision Thursday.

The plaintiffs asked Bellis to hold Jones in contempt for failing to appear for the deposition. They've also asked for him to be incarcerated until he appears and pay escalating fines starting at $25,000 per day until he completes the court ordered deposition.

Attorneys for both sides are expected to appear at a Wednesday hearing before the judge.