Santa Anita Park has first horse death of the year 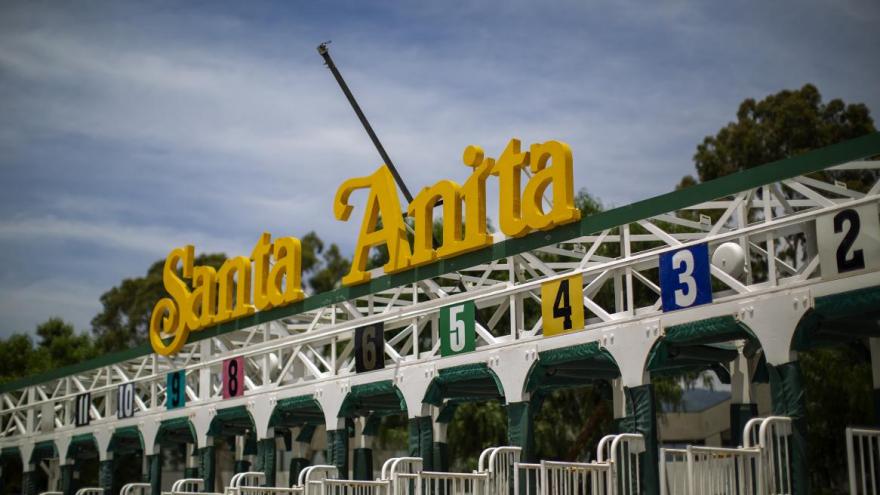 A 4-year-old horse named Golden Birthday was injured during a race at Santa Anita Park on Wednesday and became the first horse to die this year at the famed California racetrack.

(CNN) -- A 4-year-old horse named Golden Birthday was injured during a race at Santa Anita Park on Wednesday and became the first horse to die this year at the famed California racetrack.

The animal suffered a "hind pastern fracture with sesamoid involvement" in a possible collision with another horse on the turf, Santa Anita Park officials posted on the track's website.

CNN has reached out to Santa Anita Park officials for comment.

The incident comes a week after another horse, 3-year-old Truest Reward, was hurt on the training track and veterinarians decided to euthanize the horse on December 26.

PETA is calling for horse racing to stop in the wake of Golden Birthday's death.

"2020 should be the year that either the deaths stop or horse racing does. Right now, racing must be suspended," Kathy Guillermo, senior vice president for the animal rights group, said in a statement. "California officials have made substantial improvements to protect horses, but they're not done yet."

Nearly 40 horses have died at the track in Arcadia, northeast of Los Angeles, since December 2018 and officials briefly halted racing last year over concerns about the number of deaths.

Since its reopening, Santa Anita has made a number of changes in the name of horse safety, including restricting steroids, anti-inflammatory drugs and race-day medications.

A recent investigation by the Los Angeles County District Attorney's Office found no indication of animal cruelty or criminal activity.

The task force that conducted the investigation noted that improved safety policies had "reduced the number of fatal racing and training incidents."