Sarah Palin's husband files for divorce after 31 years of marriage 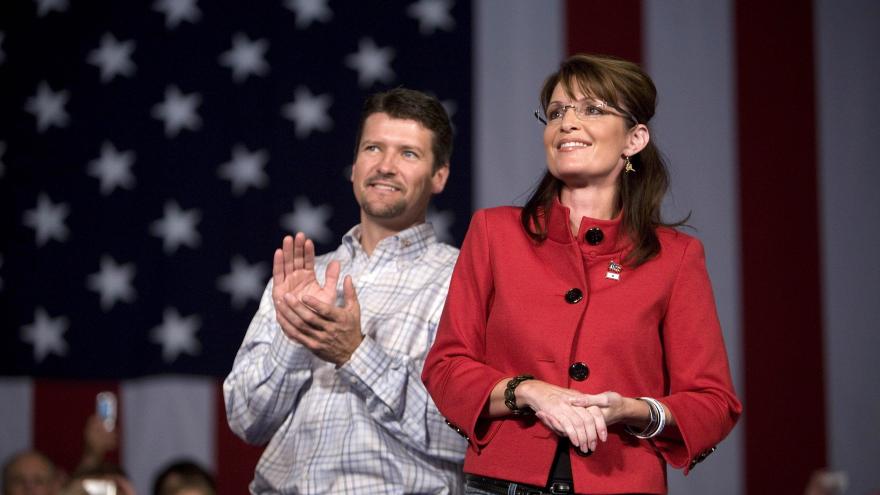 (CNN) -- Todd Palin has filed for divorce from Sarah Palin, the former governor of Alaska and 2008 Republican vice presidential candidate, after 31 years of marriage.

In a document filed Friday in Anchorage, Alaska, Superior Court, Todd Palin cites an "incompatibility of temperament" in his marriage to Sarah Palin "such that they find it impossible to continue to live together as husband and wife." The divorce filing and court records use only initials to refer to the pair, with Todd Mitchell Palin listed as TMP and Sarah Louise Palin only identified as SLP.

Neither Sarah Palin nor Todd Palin or his lawyer has returned CNN's requests for comment. The divorce filing was first reported by Alaska blogger Craig Medred.

Friday's filing includes a child custody jurisdiction affidavit for the family's youngest child, who is 11. The affidavit is a standard form in divorces in Alaska involving minor children that includes information about children who will be involved in custody proceedings.

Palin served as governor of Alaska from 2006 to 2009 and shot into national prominence in the summer of 2008, when the late Sen. John McCain picked her to be his running mate in the presidential race, which he would eventually lose to Barack Obama.

The Palin family has faced notable -- and at times unflattering -- attention in the years since. Bristol Palin was featured in MTV's "Teen Mom OG" last year -- she was pregnant during her mother's vice presidential campaign when she was 17 -- but announced her exit from the show in April, saying, "It took away my peace."

In 2018, the Palins' oldest child, 30-year-old Track Palin, was arrested on domestic violence charges, to which he pleaded not guilty. That case is ongoing. He had earlier pleaded guilty to criminal trespassing in a dwelling after being accused of breaking into his parents' home and assaulting Todd Palin.

Sarah Palin's time since serving as governor has been largely marked by a continuous stream of book releases and cable news appearances. She said in 2015 that she was "seriously interested" in running for president but ultimately decided against a White House bid.