Saudi Arabia appoints first female ambassador to the US 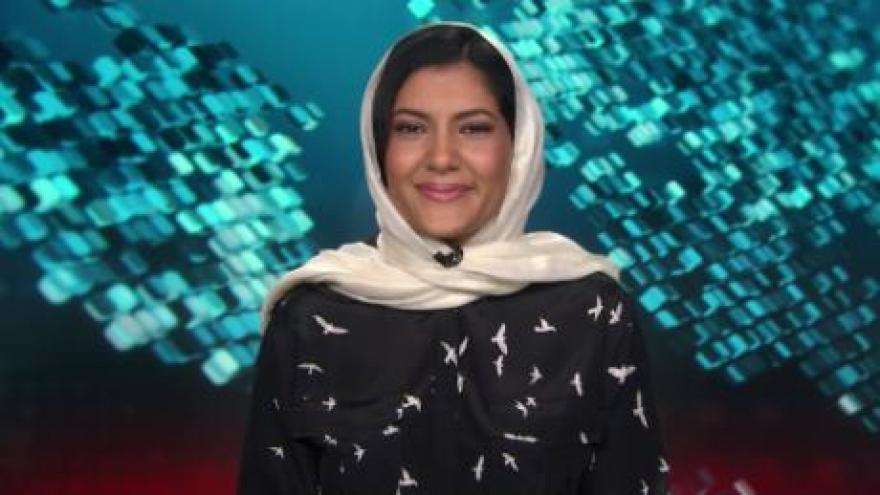 (CNN) -- Saudi Arabia appointed its first female to serve as an ambassador for the kingdom Saturday, naming Princess Reema bint Bandar Al Saud to be ambassador to the United States.

The princess, a member of the Saudi royal family, has been an advocate for women's rights in the kingdom and widely seen as a rising political star in the country. She will replace Crown Prince Mohammed bin Salman's younger brother, Prince Khalid bin Salman bin Abdulaziz.

Princess Reema lived in Washington from roughly 1975 to 2005, according to a person close to her, while her father, Bandar bin Sultan al Saud, was Saudi's ambassador to the US and as she attended George Washington University. Princess Reema has two teenaged children.

A person close to the princess told CNN that her appointment predates the murder of Washington Post journalist, Jamal Khashoggi, but she will take her post as the country tries to smooth relations with the US after much criticism surrounding the journalist's murder in Turkey at the Saudi consulate. Soon after Khashoggi's disappearance, Saudi officials denied any involvement, but sources tell CNN the CIA assessed with high confidence that the crown prince ordered Khashoggi's murder. Saudi Arabia acknowledged Khashoggi was killed inside its consulate in Turkey, though they say a Saudi intelligence chief ordered the mission. In December, the US Senate passed a resolution condemning bin Salman.

Princess Reema currently works with the Saudi General Sports Authority and has worked to promote women in sports in the kingdom through initiatives focused on inclusion and encouraging more active lifestyles. She worked with the Ministry of Education to ensure physical education for girls in schools and championed a gender integrated team to the Special Olympics. She also worked in the private sector -- as CEO at Harvey Nichols Riyad and co-founder of Yibreen, a series of day spas in Riyad.

The Saudi royal has also actively praised Prince bin Salman for pushing for reform in the country. In 2018, she commended the Saudi government for lifting the ban on women driving and allowing women to enter sport stadiums.

She told CNN's Christiane Amanpour in June, "Yes—we would've liked to see it sooner, but the fact that we are doing it today for me, absolutely, it's wonderful."