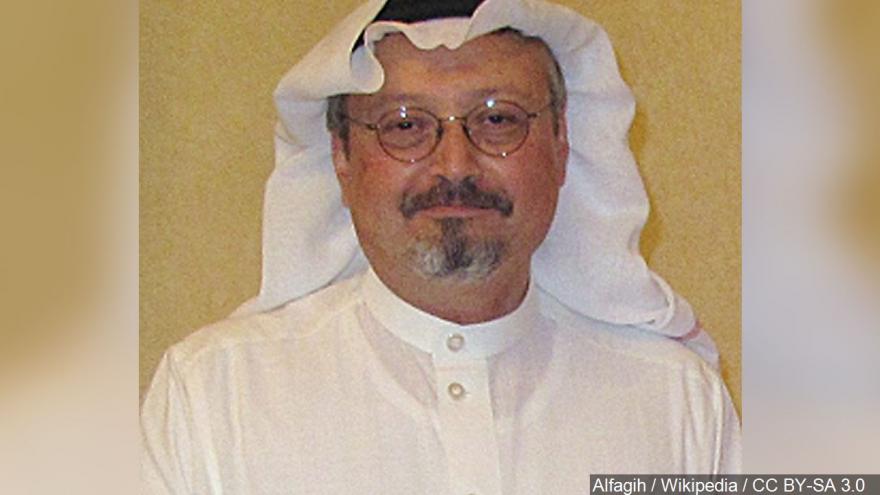 (CNN) -- Saudi Arabia has issued "final verdicts" against eight suspects in the murder of Washington Post journalist Jamal Khashoggi in October 2018 -- sentencing five of the defendants to 20 years in prison -- the state-run Saudi Press Agency (SPA) has reported, citing a public prosecutor spokesman.

One defendant was handed a sentence of 10 years and the two others face seven years in prison, SPA reported on Monday.

The verdicts come after Khashoggi's family "pardoned" five of the suspects in May, thereby sparing them the death penalty, CNN previously reported.

Agnes Callamard, the UN Special Rapporteur for Extrajudicial Killings who lead an independent investigation into the murder, called the verdicts a "parody of justice" on Monday.

"The Saudi Prosecutor performed one more act today in this parody of justice. But these verdicts carry no legal or moral legitimacy. They came at the end of a process which was neither fair, nor just, or transparent," Callamard wrote on Twitter.

"The 5 hit men are sentenced to 20 years imprisonment, but the high-level officials who organized and embraced the execution of Jamal Khashoggi have walked free from the start -- barely touched by the investigation and trial," she added.

Khashoggi -- a Washington Post columnist and royal insider-turned-critic -- was killed and allegedly dismembered after entering the Saudi consulate in Istanbul on October 2, 2018, having gone into the building to collect documents for his upcoming wedding.

In December 2019, Saudi authorities said they were investigating 11 people involved in the Khashoggi murder. Charges were dismissed against the most high-profile figures, including former deputy intelligence chief Ahmed al-Assiri and Saudi Consul-General at the Istanbul consulate Mohammed al-Otaibi.

Additionally, there was "no evidence" Saud al-Qahtani -- a former top adviser to Crown Prince Mohammed bin Salman and a member of his inner circle -- the Saudi Prosecution said in 2019.

The murder of Khashoggi drew international condemnation and the CIA concluded that bin Salman personally ordered the killing.

Riyadh's version of what happened on October 2 has repeatedly shifted as new details emerged, but it has always maintained that neither bin Salman nor his father King Salman knew of the operation to target Khashoggi.

US officials, however, have said such a mission -- including 15 men sent from the Kingdom -- could not have been carried out without the authorization of bin Salman.