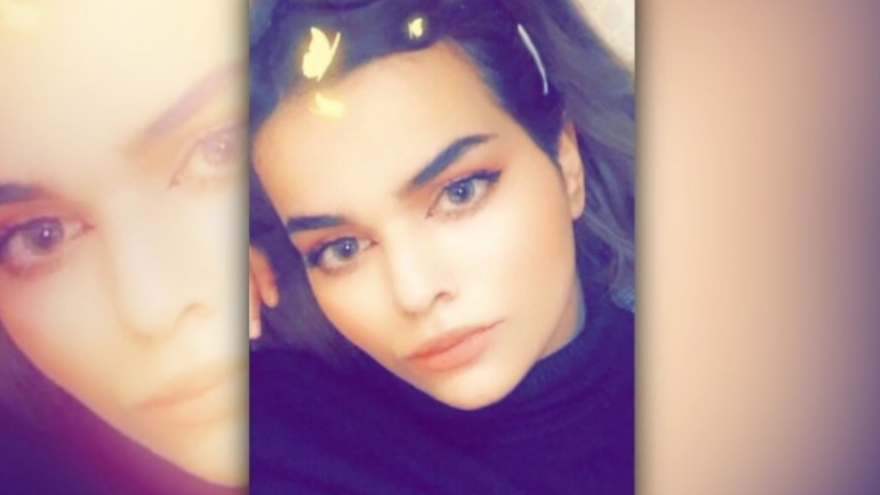 (CNN) -- A Saudi teenager claiming to be fleeing her abusive family has barricaded herself in a hotel room in Bangkok's main airport after Thai immigration officials attempted to deport her back to the Middle East.

The 18-year-old identified herself as Rahaf Mohammed Mutlaq Al-Qunun on an unverified Twitter account. She posted photographs of herself and her passport, and said she was seeking refugee status from "any country that would protect me from getting harmed or killed due to leaving my religion and torture from my family."

Al-Qunun said that on landing at Suvarnabhumi Airport, Thailand, she had her passport confiscated and had been "held" by Saudi embassy officials.

Speaking to CNN, Al-Qunun said she had originally intended to fly on to Australia but decided to try and enter Thailand instead. However, she said that when she approached a visa on arrival counter in the airport -- Saudi citizens can apply for a temporary visa provided they have a "confirmed return ticket within 15 days" -- but saw a group of Saudi diplomats waiting for her.

Al-Qunun said the Saudis tried to make her sign a piece of paper, when she was refused and appealed to Thai immigration officials, she was escorted to a transit hotel.

"I cannot flee the airport, I've tried but couldn't. There's a security guard watching me," she said in a video posted to Twitter.

In another video, she said she would not leave her hotel room inside the airport -- photos showed she had barricaded the door. "I want asylum," al-Qunun added.

Thailand's Immigration Bureau had earlier said Al-Qunun was due to leave for Kuwait -- where her family lives -- on a flight at 11:15 a.m. local time Monday (11:15 p.m. ET Sunday). However, Surachet Hakpal, chief of the Immigration Bureau, later confirmed to CNN that the teenager did not board the flight as planned. The next flight to Kuwait is scheduled to depart from Bangkok at 11:50 p.m. local time Monday (11:50 a.m. ET).

In a statement, Human Rights Watch urged Thai authorities to "immediately halt the planned deportation" of al-Qunun and "allow her unrestricted access to make a refugee claim with the Bangkok office of the United Nations refugee agency."

"Saudi women fleeing their families can face severe violence from relatives, deprivation of liberty, and other serious harm if returned against their will," said Michael Page, deputy Middle East director at Human Rights Watch. "Thai authorities should immediately halt any deportation, and either allow her to continue her travel to Australia or permit her to remain in Thailand to seek protection as a refugee."

Hakpal, the immigration official, told CNN that al-Qunun had been refused entry into the country because she did not present "any necessary document". But he denied the Saudi teenager was being detained by Thai authorities.

"In order to enter our country, she must comply with our regulations ... This is their (Saudi Arabia's) internal affairs. We are simply performing our duties" he said. Hakpal also said al-Qunun was trying to escape from an arranged marriage.

Phil Robertson, HRW's deputy director for Asia, based in Bangkok, said no country should interfere with an 18-year-old's right to travel where she wished. Robertson told CNN that al-Qunun "fears for her life if she is returned to Saudi Arabia and her family, who have physically and psychologically abused her for daring to assert her independence."

In a statement, the Saudi Ministry of Foreign Affairs said al-Qunun "does not have a return reservation or a tourist program, which requires deportation by the Thai authorities."

The Ministry added that Saudi consular officials were in "constant contact with her family" and she would be "deported to the State of Kuwait where her family live."

It denied allegations that her passport had been seized.