Schiff indicates he would like documents introduced in Senate impeachment trial 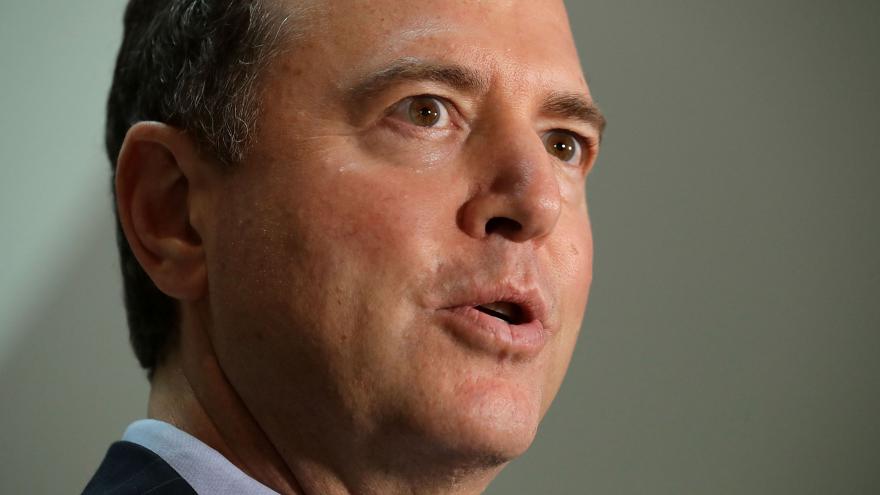 (CNN) -- House Intelligence Committee Chairman Adam Schiff on Sunday said he would like for some witnesses to be called during the expected Senate impeachment trial against President Donald Trump and for withheld administration documents to be introduced as evidence.

"I think there are any number of witnesses that should be called in the Senate trial, and many witnesses the American people would like to hear from that the administration has refused to make available," Schiff told ABC's "This Week." "And perhaps of equal and if not greater importance are the thousands and thousands of documents that the administration refuses to turn over. I would hope that every senator of both parties would like to see the documentary evidence."

The California Democrat's remarks come ahead of an expected House floor vote this week after the House Judiciary Committee on Friday approved articles of impeachment against the President. The full House vote will set up the Senate trial, for which senators are now gearing up.

Schiff, who has been mentioned as a possible House impeachment manager, said the potential witnesses he has in mind are ones who have refused to talk to House impeachment investigators: Acting White House chief of staff Mick Mulvaney, former national security adviser John Bolton and Secretary of State Mike Pompeo.

The layout of the Senate trial is still under deliberation and leaders have been clear that no final decisions about strategy or structure have been made, but in interviews over the last several days, GOP senators say they are beginning to see the benefit of keeping the process short, leaving out witnesses and instead, simply laying out the facts with a presentation from House managers and the White House.

"I would urge Mitch McConnell to start negotiating with Chuck Schumer to make sure that those senators have a full record," Schiff said. "So far Majority Leader McConnell and Minority Leader Schumer have not started discussions about the outlines of the rules that will govern a trial."

McConnell has voiced his support for a shorter impeachment trial.

"My hope is that it will be a shorter process rather than a lengthy process," McConnell told Fox News on Thursday. He made clear, however, that those decisions would be made "in total coordination with the White House counsel."

Senate Judiciary Chairman Lindsey Graham, a close ally of Trump, on Saturday told CNN's Becky Anderson at a forum in Doha, Qatar, that he would do everything he could to end the Senate impeachment trial.

"This thing will come to the Senate, and it will die quickly, and I will do everything I can to make it die quickly," the South Carolina Republican said.

He also said he does not wish to hear testimony from the Bidens or any other witnesses. "I want to hear the House make their case based on the record they established in the House and I want to vote," he said.