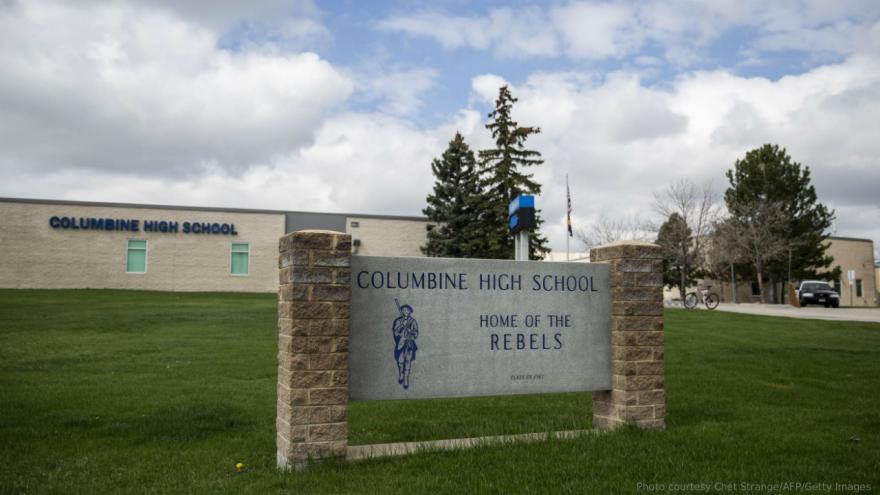 (CNN) -- Jeffco School District in Colorado is asking the community for their opinion on whether Columbine High School should be torn down and rebulit due to the increase of others 'morbid fascination' with the school, a letter from the district says.

In 1999, 13 people were killed by two students in a mass shooting at the school in Littleton, Colorado. Nearly two dozen others were injured.

"The tragedy at Columbine High School in 1999 serves as a point of origin for this contagion of school shootings," Jason Glass, superintendent, says in the letter. "School shooters refer to and study the Columbine shooting as a macabre source of inspiration and motivation."

The letter goes on to say that the school has a gravitational pull for many people.

"Annually, local law enforcement and Jeffco's Department of School Safety make contacts with hundreds of individuals seeking to enter the school and reconnect with the 1999 murders," said Glass.

"Most of them are there to satisfy curiosity or a macabre, but harmless, interest in the school. For a small group of others, there is a potential intent to do harm."

With this year marking the 20th anniversary of the shooting, Glass says a record number of individuals have tried to enter the school illegally or trespass on the property this year.

"Since the morbid fascination with Columbine has been increasing over the years, rather than dissipating, we believe it is time for our community to consider this option for the existing Columbine building."

The letter goes on to say the administration is exploring the concept of asking voters for an additional $60-$70 million in funds to build a new school.

The new school would retain the name, school mascot and colors along with the preservation of the Hope Library, which was built after the shooting. The old building would be demolished and replaced with fields, the letter says.

"We are in the very preliminary and exploratory stages of these conversations and we are seeking community feedback and thoughts on this proposal," Glass said.

The news of the proposal was met with mixed reactions from those that lived through the mass shooting.

"I hate it," Will Beck, a survivor, told CNN. "Even though something bad happened there, it is a special place to me. It'd be devastating to lose it."

Frank DeAngelis, the principal at the time of the shooting, announced his support for the proposal on Facebook.

"I am in full support of building a new facility. It is the people that make us a family not the building."