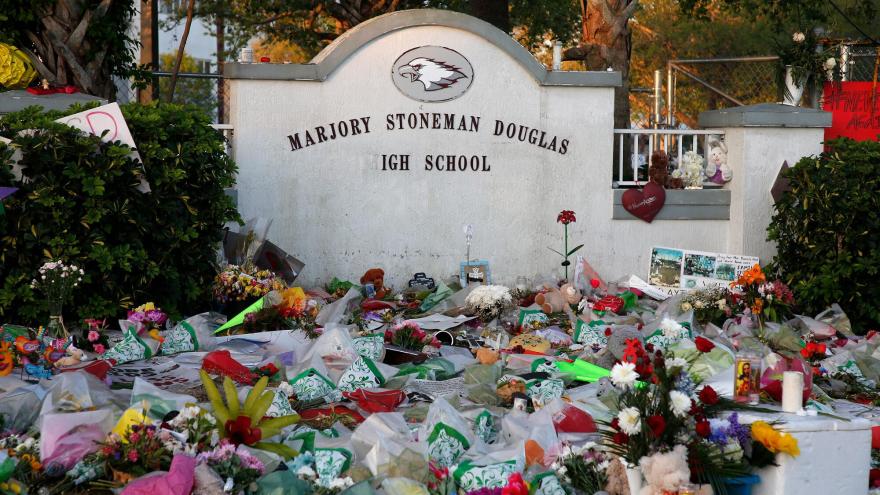 The Broward County public school district will pay more than $26 million to the shooting victims and the families of 17 people killed at Marjory Stoneman Douglas High School.

(CNN) -- The Broward County public school district will pay more than $26 million to the shooting victims and the families of 17 people killed at Marjory Stoneman Douglas High School.

"Following the tragedy that occurred at Marjory Stoneman Douglas High School on February 14, 2018, the school board continuously engaged in an open dialogue with the plaintiffs' representatives in an effort to reach a mutually agreeable resolution of all the civil lawsuits," Marylin Batista, the interim general counsel for Broward County Public Schools, said during the board meeting. "We have now reached an agreement that will conclude this litigation on behalf of the school board. While we recognize that no amount of money can make these families whole, it is the school board's hope that this settlement will show our heartfelt commitment to the MSD families, students, staff and faculty and the entire Broward County community."

According to settlement documents, the money will be divided among 51 plaintiffs which includes those who were injured as well as families of the 17 who were killed that day. The money will be dispersed in three different installments.

Anthony Borges, who suffered injuries that will require long-term care, will receive a separate $1.25 million settlement that will be paid in one lump sum, according to documents.

Stuart Grossman, attorney for five of the plaintiffs, said in an interview with CNN, "No amount of money is going to make them whole. But it's at least a tribute to the kids that were lost. It at least says they were worthy and not forgotten."

CNN previously reported that more than a dozen families for the victims of the Parkland, Florida, high school massacre reached a settlement in November with the Justice Department in connection with a lawsuit they filed after the FBI failed to act on tips warning about the shooter.

Nikolas Cruz, the gunman who carried out the massacre in February of 2018, pleaded guilty to 17 counts of murder and 17 counts of attempted murder in October.