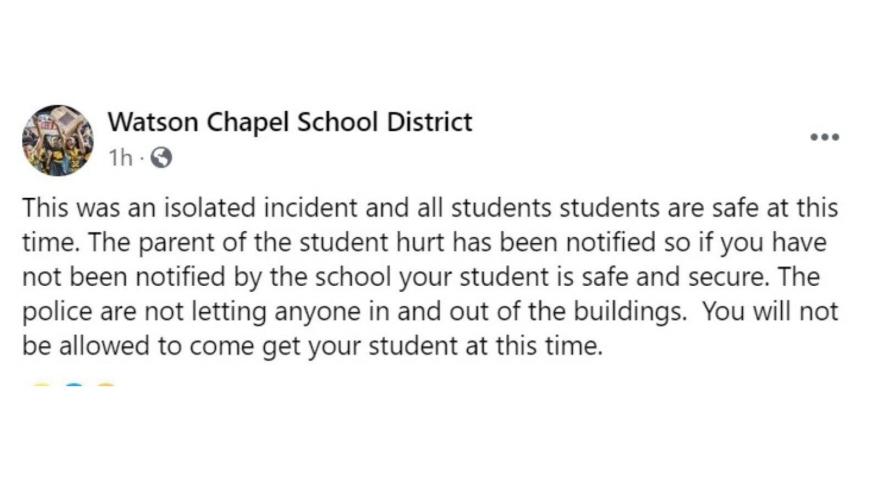 One student was hurt in a shooting that is being called an "isolated incident" at Watson Chapel Junior High in Pine Bluff, Arkansas.

(CNN) -- A 15-year-old boy shot Monday at a junior high school in Pine Bluff, Arkansas, is in very serious condition at the children's hospital in Little Rock, authorities said.

The suspect was located in the neighborhood near the school, hiding behind a house.

He was taken into custody and is currently being held in the juvenile justice center in Pine Bluff, authorities said. Formal charges have not yet been filed.

There is no known motive for the shooting, said Sergeant, who called it an isolated incident. The school followed the active shooter protocol, Sergeant said.

In a Facebook post, the school system said students were safe and schools were being locked down.

Pine Bluff is about 45 miles south of Little Rock, the state capital.