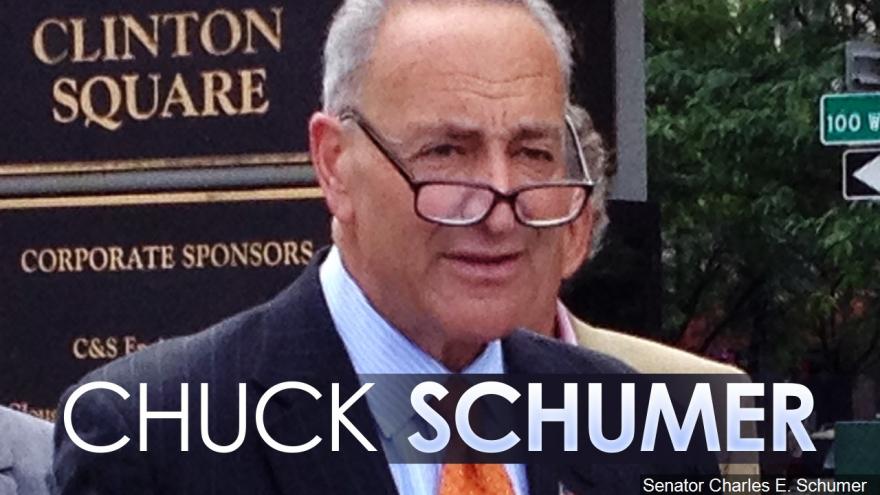 WASHINGTON (AP) — The Senate's top Democrat is introducing legislation to "hold China accountable" and sanction laboratories and other traffickers who export fentanyl to the United States.

The bill, which will be introduced by Sen. Charles Schumer, of New York later this week, is likely to add to growing tension between the U.S. and China, days before Treasury Secretary Steven Mnuchin and U.S. Trade Representative Robert Lighthizer will lead high-level trade talks in China.

In December, China agreed to label fentanyl, the deadly synthetic opioid responsible for tens of thousands of American drug deaths annually, as a controlled substance.

Schumer's legislation — known as the Fentanyl Sanctions Act — would direct U.S. officials to publicly identify foreign opioid traffickers, would deny the traffickers visas in the U.S. and would prohibit them from doing business using American banks.

The bill aims to "hold accountable" fentanyl manufacturers in China and other countries that illegally drugs to the U.S., Schumer said. It could also be used to target transnational gangs and cartels involved in fentanyl trafficking, as well as banks that help those organizations, he said.

"For years, Chinese laboratories have been cooking-up formulas of death and freely exporting lethal fentanyl across New York, and to many other places across America, where it is killing tens-of-thousands of people_and it has to stop," Schumer said in a statement to The Associated Press.

Schumer expects the bill will receive bipartisan support, according to his spokesman, Angelo Roefaro.

Schumer said the bill is necessary because Congress hasn't been provided with a "signed and enforceable agreement, a solid plan or genuine commitment" since China has agreed to label fentanyl a controlled substance after a meeting between Trump and Chinese President Xi Jinping during the G-20 summit in December.

U.S. officials have been pressing the Chinese government for years to take a tougher stance against fentanyl, which is 50 times more powerful than heroin. Most U.S. supply of the drug is manufactured in China.

"We must present China with a tough but fair consequence when it comes to the wave of fentanyl flowing into the United States," Schumer said.

Fentanyl and other related opioids, which tend to be cheaper and much more potent than heroin, remain one of the biggest concerns for federal drug agents. A bill signed by the president in the fall requires the U.S. Postal Service to screen overseas packages for fentanyl.