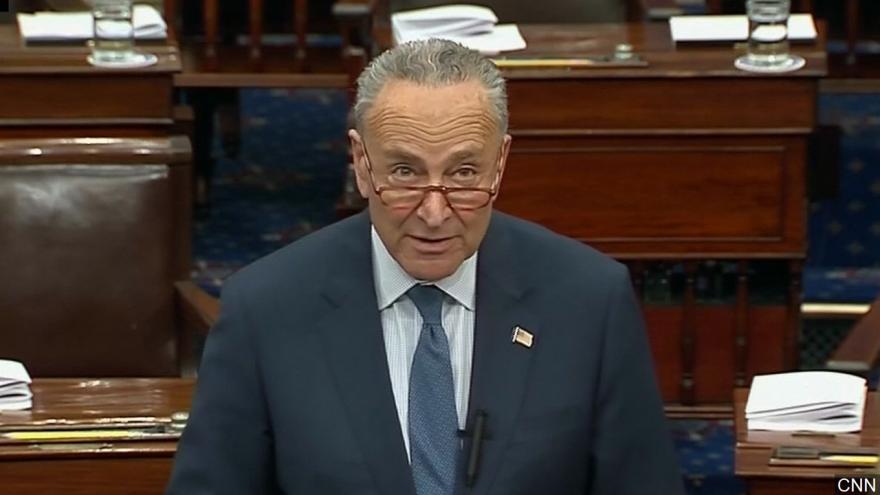 (CNN) -- Senate Minority Leader Chuck Schumer sent a letter on Monday to the acting Department of Defense Inspector General requesting investigations into "any and all instances of retaliation" against witnesses who have made "protected disclosures of presidential misconduct."

The letter comes days after President Donald Trump fired two key impeachment witnesses, Lt. Col. Alexander Vindman, the top Ukraine expert at the national security council, and US Ambassador to the European Union Gordon Sondland. An adviser to Trump told CNN the firings of the major impeachment witnesses was meant to send a message that siding against the President will not be tolerated.

Schumer writes in his letter to Glenn Fine that although Vindman "lived up to his oath to protect and defend our Constitution by bravely stepping forward to tell the truth, he has been viciously attacked by the President and forced to endure threats to his and his family's safety."

"These attacks are part of a dangerous, growing pattern of retaliation against those who report wrongdoing only to find themselves targeted by the President and subject to his wrath and vindictiveness," he said.

The New York Democrat asks Fine to inform his office and the public of the date "when personnel at your agency or department were last notified of their legal rights to make protected disclosures anonymously" along with a request for written certification "from your agency or department's general counsel that he or she has not and will not permit retaliation or reprisals against anyone who has, or in the future makes, protected disclosures of presidential misconduct."

Amid uncertain futures, other witnesses in the impeachment investigation have already left the administration or distanced themselves from the White House by moving into roles at different agencies as Trump.

Still, Vindman is expected to return to the Pentagon, though it's still unclear what his assignment will be until he's expected to attend war college this summer.

Drawing on Trump's Ukraine conduct, Schumer said in concluding his letter to Fine that "without the courage of whistleblowers and the role of Inspectors General, the American people may never have known how the President abused his power in the Ukraine scandal."

"It is incumbent on you that whistleblowers like LTC Vindman -- and others who put their lives on the line to protect our freedoms -- are protected for doing what we hope and expect those who serve our country will do when called: tell the truth."