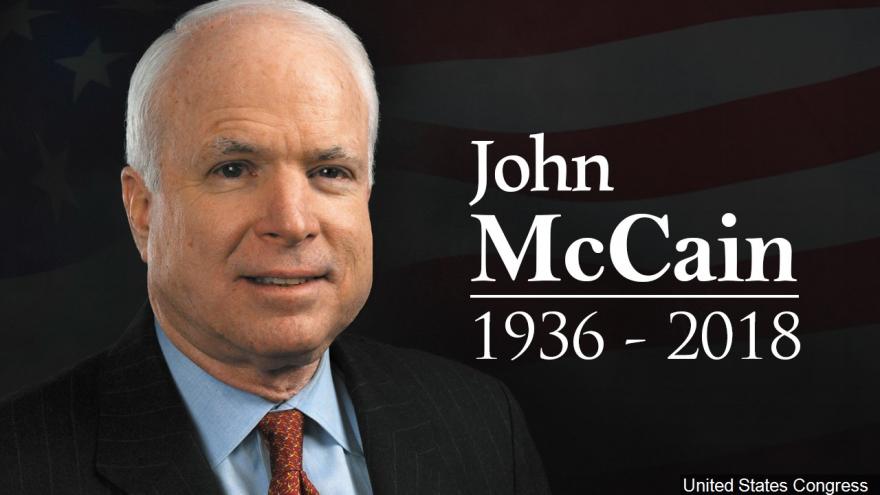 In a statement Saturday night, a short time after McCain died, Schumer said, "Nothing will overcome the loss of Senator McCain, but so that generations remember him I will be introducing a resolution to rename the Russell building after him."

"As you go through life, you meet few truly great people. John McCain was one of them," Schumer said. "His dedication to his country and the military were unsurpassed, and maybe most of all, he was a truth teller -- never afraid to speak truth to power in an era where that has become all too rare. The Senate, the United States, and the world are lesser places without John McCain."

Schumer's call to rename the storied Senate office building after McCain was a nod to the deep, bipartisan friendships McCain amassed throughout his career in the Senate.

A top Republican leadership aide was unaware of Schumer's proposal and told CNN it would take time to research it before commenting.

Schumer's announcement came as remembrances and condolences for McCain's family poured in from both sides of the aisle. In his statement, Majority Leader Mitch McConnell said McCain's death represented a "sad day for the Senate and for our nation."

Former Vice President Joe Biden, a former senator and colleague to McCain, said, "John McCain's life is proof that some truths are timeless. Character. Courage. Integrity. Honor. A life lived embodying those truths casts a long, long shadow. John McCain will cast a long shadow. His impact on America hasn't ended. Not even close. It will go on for many years to come."