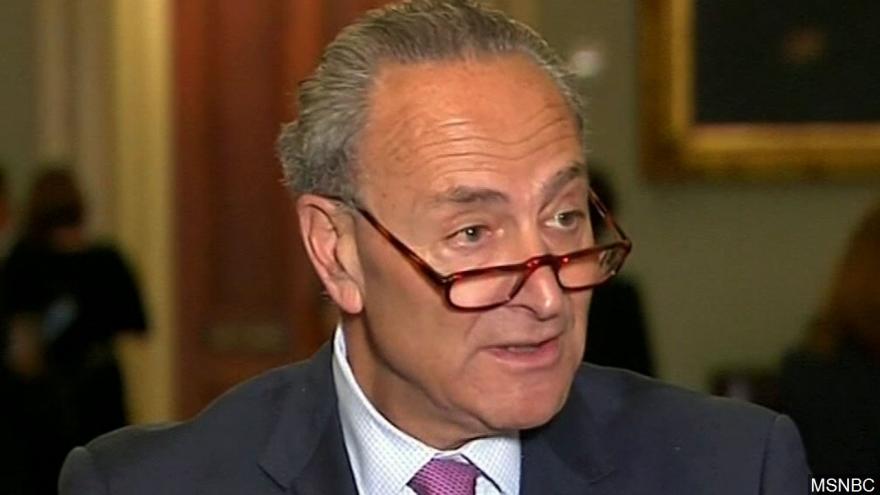 Chuck Schumer says in a letter Monday to McConnell that the Republicans' "see no evil, hear no evil" attitude toward the president's actions "is unacceptable and must change."

The New York Democrat called on McConnell to take five specific steps to probe the situation, including issuing a subpoena to compel the whistleblower's complaint to be delivered to Congress.

Schumer also said Republicans should tell the White House to release transcripts of Trump's conversation with the Ukrainian president and identify who in the White House sought to delay $250 million in aid to Ukraine. Trump reportedly asked the foreign leader to investigate his chief political rival, Joe Biden.