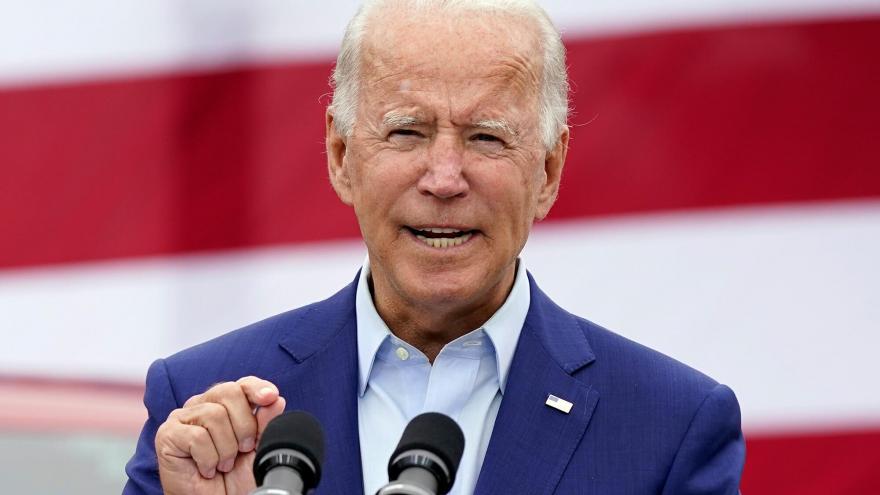 (CNN) -- The magazine Scientific American announced Tuesday that it was endorsing former vice president and Democratic candidate Joe Biden-- the publication's first endorsement in its 175-year history -- over President Donald Trump, who it criticized for dismissing science.

"The evidence and the science show that Donald Trump has badly damaged the U.S. and its people -- because he rejects evidence and science," the publication's editors wrote. "The most devastating example is his dishonest and inept response to the COVID-19 pandemic, which cost more than 190,000 Americans their lives by the middle of September."

"He has also attacked environmental protections, medical care, and the researchers and public science agencies that help this country prepare for its greatest challenges," wrote the editors of the science magazine which was founded 1845 and is one of the oldest continuously published magazines in the country.

Scientific American's editor in chief Laura Helmuth told CNN on Tuesday that the editorial board felt a responsibility to make an endorsement in this election and "use what reputation we have to help people understand that this is the most important election of our lifetimes."

Trump has frequently amplified false and misleading information throughout the coronavirus pandemic, while downplaying advice issued by his government's top medical experts on how to combat the virus' spread.

During a visit Monday to California as the state battles wildfires, Trump abruptly shut down an official who warned that climate change was fueling the flames and pleaded with the President to follow the science, by saying, "I don't think science knows, actually."

He told the official: "It'll start getting cooler. You just watch."

J. Marshall Shepherd, Director of Atmospheric Sciences at University of Georgia, told CNN, "people at all levels struggle with the difference between weather and climate. One of the most common science literacy mistakes is to assume a cold day or seasonal transition somehow describes climate. That's like saying a baseball player getting one hit is now leading the league in batting average."

Climate experts tell CNN due to human-caused climate change, temperature extremes are climbing higher and the vegetation is drier, which affects fire behavior.

In its endorsement of Biden, Scientific American argued that while the coronavirus pandemic would strain any nation, Trump's "rejection of evidence and public health measures have been catastrophic" in the United States.

It pointed to Trump's opposition to providing $25 billion for increased testing and contact tracing, his decision to flout mask mandates while in public, and his downplaying of the virus despite acknowledging its dangers and deadliness in interviews with journalist Bob Woodward.

"At every stage, Trump has rejected the unmistakable lesson that controlling the disease, not downplaying it, is the path to economic reopening and recovery," the magazine's editors wrote, adding, "His lies encouraged people to engage in risky behavior, spreading the virus further, and have driven wedges between Americans who take the threat seriously and those who believe Trump's falsehoods."

It lauded Biden's proposals to deal with the pandemic which includes plans to hire 100,000 people for a national contact tracing effort, and his environmental plans, including his proposed spending of $2 trillion over four years on clean energy projects.

"It's time to move Trump out and elect Biden, who has a record of following the data and being guided by science," the magazine's editors wrote.

The magazine had published an editorial during the 2016 campaign, warning that Trump "repeatedly and resoundingly demonstrated a disregard, if not outright contempt, for science."

Helmuth told CNN that in planning the magazine's 2020 election coverage, they decided to "be more explicit and that we say that Biden is the right candidate if you care about science, healthy environment."

Asked about criticism that the endorsement potentially further politicizes science, Helmuth said, "The choice was just so clear that we felt like we needed to use what reputation we have to help people understand that this is the most important election of our lifetime."

"We don't want to make our readers angry, but we also feel it's our mission to help people understand science," she said.

Helmuth pointed out that the editorial excluded the words "Republican" and "Democrat" in hopes that their readers will understand this election is different.

"Trump has been so dismal for the scientific enterprise that the things we all care about are just so directly under threat by his administration, and have been harmed by his administration, that we think it fits our mission to say clearly that people who are interested in and care about research, and knowledge, and expertise and making good decisions about policy. We hope that they understand that's a large part of our mission and Donald Trump is in direct conflict with our mission."