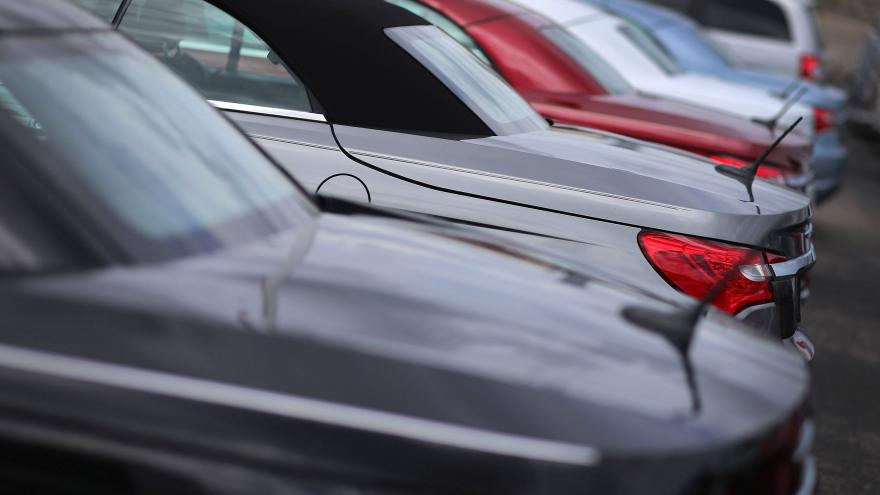 (CNN) -- Scientists in Canada have developed a sensor that detects and raises the alarm when children or pets are left alone in a car.

The device uses radar technology and artificial intelligence to trigger an alarm when an animal or child is detected alone in a vehicle, with the team behind the product saying it works with 100% accuracy.

The sensor, which measures just over an inch, would be attached to a vehicle's ceiling or rear-view mirror. Its radar signals would be reflected back by people or pets inside the car, and AI would then analyze the findings to determine whether to raise the alarm, according to the scientists at the University of Waterloo in Canada.

The device would prevent doors from locking and sound an alarm to alert the driver and people in the area.

"It addresses a serious, world-wide problem," George Shaker, an engineering professor at the university, said in a statement. "This system is so affordable it could become standard equipment in all vehicles."

"Unlike cameras, this device preserves privacy and it doesn't have any blind spots because radar can penetrate seats, for instance, to determine if there is an infant in a rear-facing car seat," he added.

According to the safety organization Kids and Cars, an average of 37 children die each year in hot cars in the United States. In 2019 so far, the number of deaths is at 52.

These include instances in which a child has been forgotten in a car, accidentally locks themselves in a car or trunk, or, in a small number of cases, when a child has been intentionally left in a car. A recent case in Florida saw a toddler die after being left inside her family's car in the heat all day.

The team intends to bring the device to market by the end of 2020.

The vast majority (87%) of vehicular heatstroke victims are aged 3 or younger. More than half (55%) are 1 or younger. As Kids and Cars' research notes, the prevalence of backseat safety seats, especially rear-facing ones, may account for the young age of most victims, since the children are out of the driver's view and can't effectively communicate.

Some US states have so-called Good Samaritan laws, which protect a civilian if they break into a car to protect an unattended child. In a few states, this has been extended to include pets.