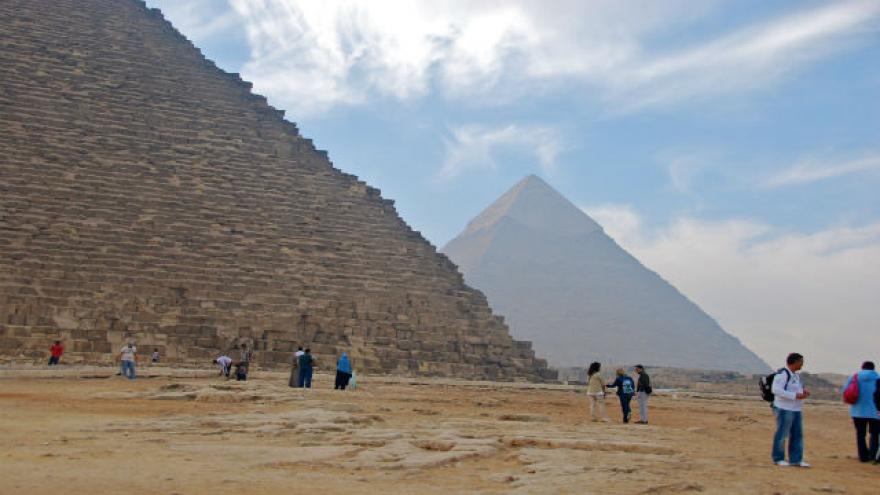 (CNN) -- Mystery is no stranger to the Great Pyramid of Giza. For centuries, scientists and archaeologists have probed inside the largest and oldest of Egypt's famed pyramids.

But until now none had stumbled upon a 30-meter-long space hidden within its limestone and granite walls.

An international group of scientists has used modern technology to visualize the inside of the pyramid, according to an article published Thursday in the journal Nature.

Researchers hope the discovery will help them understand more fully how the massive pyramid was built.

The Great Pyramid contains three previously discovered rooms: the King's chamber, a smaller Queen's chamber and a passageway called the Grand Gallery. But this marks the first discovery of a major space inside the ancient structure since the 19th century, the journal says.

The scientists work with ScanPyramids, a mission under the French Heritage, Innovation and Preservation Institute, the Faculty of Engineering of Cairo, and the Egyptian Ministry of Antiquities. The group applied a physics technique that allowed them to track particles called muons, which come from cosmic rays striking atoms in the upper atmosphere. Once the particles fall and pass through different materials, they lose energy, causing them to slow and decay.

By using detectors, scientists can count the number of muons passing through the pyramid. Muons are partially absorbed by stone, so any large holes in the pyramid would result in more muons than expected landing on the detectors.

The researchers realized they were on to something after they placed their detectors inside the Queen's chamber of the pyramid and found an unexpectedly large number of muons passing through, suggesting there was a previously unidentified "void," or empty space, above the chamber.

Three teams of physicists repeated the measurements to be sure of their finding. Each time, the conclusion was the same.

The large space could be horizontal, or sloped like the Grand Gallery. Its purpose, and what may lie inside, is still unclear. Scientists currently have no plans to use an intrusive technique to find out.

"It's the Great Pyramid, we can't touch it," said Mohamed Ismail, a spokesman for the Egyptian Ministry of Antiquities.

Instead, the ministry wants other researchers to come forward with proposals to use different or more advanced techniques to verify the finding.

"Even if it is a different team with the same technology," Ismail said. "Any intrusive technique is out of the question."

The banning of intrusive techniques, such as drilling holes through the stone and inserting a camera, will prevent damage to the pyramid, which sits 139 meters (about 455 feet) high and was built by Pharaoh Khufu some 4,500 years ago. It's the largest of the group of pyramids at Giza, one of the Seven Wonders of the Ancient World and a major tourist attraction.

Ismail hopes the published research will spark a scientific debate about why the void exists and what might be inside. But he dismisses any theories that the space contains another grand gallery or a burial chamber

"There is no scientific, archaeological or historical evidence that corroborates this," he said. "If there is another burial chamber, there would have been an entrance to it."