Scientists discover species of dinosaur the size of a turkey 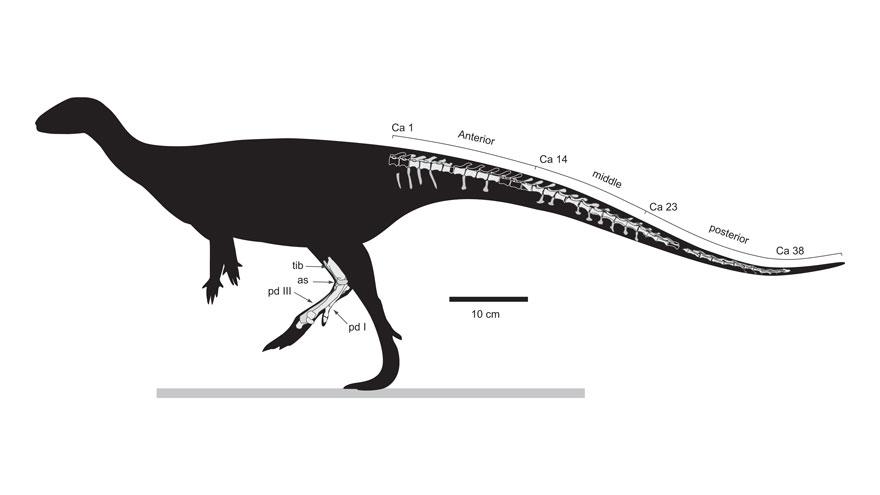 (CNN) -- Scientists have discovered a species of dinosaur that roamed between Australia and Antarctica 113 million years ago.

The discovery of Diluvicursor pickeringi, published Thursday in the biological and medical journal Peer J, tells us more about how Australia and Antarctica were once connected and the different kinds of dinosaurs that lived there.

"Skeletons of dinosaurs from Australia are very rare," Matthew Herne, the lead paleontologist on the study, wrote in an email. This discovery shows for the first time that there were at least two closely related dinosaur species living in southeastern Australia.

So what didD. pickeringi look like when it was alive?

This dinosaur was roughly the size of a turkey, Herne said, although its tail would have made it a lot longer, at around 7½ feet. It probably munched on things like leaves, pine nuts, mosses and possibly fruits. It was also a runner, evident from its long foot bones.

D. pickeringiis actually a close relative of a dinosaur named Leaellynasaura, Herne explained. Though both had small bodies, used two legs to walk and ate plants, they had some notable differences.Leaellynasaura had an extraordinarily long tail, but D. pickeringi's tail was much shorter.

Now that we know there were at least two distinct types of dinosaurs in this part of Australia, Herne said it raises questions about how wide those differences were. Future research will look at variations in characteristics such as what the dinosaurs ate and how fast each could run.

Herne said scientists don't know what wiped out D. pickeringi, but he speculated that this dinosaur could have been washed into a river during a flood. The fossil itself was found in 2005 by volunteer George Caspar, buried deep at the base of a powerful river, along with tree stumps, logs and branches.

Herne said the site where the fossil was discovered gives a better idea about the environment in which D. pickeringi lived. The dinosaurs roamed the Australian-Antarctic rift valley, the area between an active volcanic mountain range in eastern Australia and Antarctica. Herne said the discovery site shows that huge rivers cut across that rift, and it was a place where forests flourished.

There's a lot of a fossil material at the site where this dinosaur was discovered that hasn't been analyzed, Herne said. And that means there could be even more dinosaurs we don't know about, just waiting to be discovered.