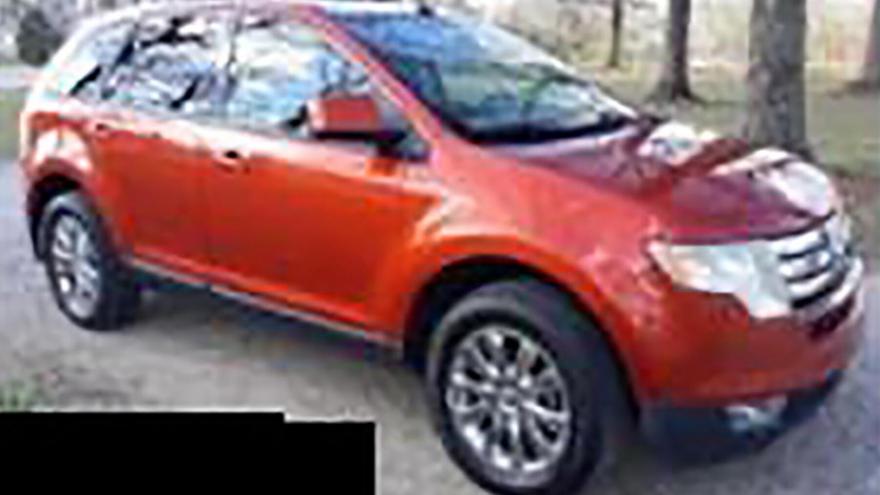 (CNN) -- Investigators continue to chase leads in the search for Alabama corrections official Vicky White and the inmate she disappeared with, including reported sightings from Florida to Kentucky, Lauderdale County Sheriff Rick Singleton told CNN.

Over the last week, authorities discovered the officer, 56, and inmate Casey White, 38 -- who was being held on murder charges -- may have had a romantic relationship, the sheriff said.

The pair, who are not related, disappeared last Friday morning when the corrections officer said she was taking Casey White from the Lauderdale County jail to the courthouse before going to get medical attention because she felt unwell, authorities have said. But the two never showed up at the courthouse and the officer didn't make it to the medical facility.

Now, with the search entering its seventh day, authorities are investigating "promising" leads and tips they've received from "all over," Singleton said Wednesday on CNN's "Don Lemon Tonight."

"I can tell you that we've had multiple reports of sightings from Florida all the way up to Kentucky," Singleton said -- though not all of them have proven fruitful: In one instance, a woman went into a convenience store and handed a clerk a note that said, "I'm Vicky White, I've been kidnapped, help me," Singleton said. But she was not, in fact, Vicky White.

In the days since they went missing, investigators have determined the officer and inmate had a "special relationship" in which Vicky White afforded the inmate privileges, including extra food. The investigation was aided, in part, by inmates who informed officials of the relationship over the weekend, Singleton said.

Vicky White, the assistant director of corrections for Lauderdale County, was set to retire the day she went missing. She had also made some major financial moves leading up to the escape, like selling her home on April 18 for well below market value. The house sold for $95,550, according to documents, but county records list the home's total parcel value to be $204,700.

Relatives and coworkers say they are stunned by the sudden disappearance of the corrections official, who Singleton has described as a "model employee" with an "unblemished record."

Vicky White has an active warrant out for her arrest on charges of permitting or facilitating escape in the first degree. She is also no longer employed by the Lauderdale County Sheriff's Office, the office said in a statement Wednesday. While Friday was her last day of work, her r papers were never finalized, the office said.

Investigators have traced the relationship to early 2020, when Casey White was brought to Lauderdale County for an arraignment on murder charges he is facing for the 2015 death of 58-year-old Connie Ridgeway, according to the sheriff.

"As far as we know, that was the earliest physical contact they had," Singleton said.

Casey White was returned to state prison after the arraignment to continue carrying out a 75-year sentence for a series of crimes he committed in 2015. The sheriff said the officer and inmate maintained communication by telephone. He had said earlier that Vicky White visited Casey White while he was in prison -- but said Thursday that was incorrect.

Casey White was brought back to the Lauderdale County jail in February to attend court hearings related to his murder charges.

Over the course of this week's investigation, inmates said Casey White "was getting extra food on his trays" and "was getting privileges no one else got. And this was all coming from her," Singleton said.

The district attorney expressed disbelief Thursday at the idea Vicky White would be romantically involved with the inmate.

"I never would have thought that in a million years," he said, adding it's "such a shock that she's involved in this, and it is just stunning," he told CNN.

Connolly, who has known Vicky White for years, described her as a reliable person and "solid employee." If something needed to be done at the courthouse, for example, Vicky White was someone they could call, Connolly said.

"She was a longtime trusted employee at our jail and she just exploited the system," he said, "and really misused the trust and credibility she had gained over the years as a great employee."

The facility had a policy requiring that two sworn deputies accompany inmates at all times, including during transportation to the courthouse. Singleton said that policy was emphasized with respect to Casey White after authorities discovered he had a plot to escape custody and take a hostage in 2020 and uncovered a makeshift knife on him.

But last Friday, Vicky White asked an officer to prepare Casey White for transport, saying she would take him by herself to the courthouse since the other officers had already left for court and she was the only officer available with a certified firearm, Singleton said.

Surveillance video shows Casey White, shackled and handcuffed in an orange jumpsuit, being escorted into the back of Vicky White's patrol vehicle Friday morning.

The investigation has revealed the pair then drove to a shopping center parking lot less than 10 minutes away, left the patrol car in the lot and escaped in a gold- or copper-colored 2007 Ford Edge SUV with minor damage to the rear left bumper, authorities said.

"We know that there was never any effort to go to the courthouse. They went straight to Florence Square parking lot, dumped the patrol car, got in the other vehicle and left," Singleton said.

Investigation set back by release of a lead

Leading up to their escape, Vicky White purchased the SUV in Rogersville, about 25 miles east of Lauderdale County, said Singleton. The night before she disappeared with Casey White, the officer parked the car in the shopping center parking lot. The pair drove to the parking lot the next day and fled in the SUV.

When investigators were finally able to confirm the description of the escape car Monday, they intended to send it internally to other law enforcement agencies, but the lead was accidentally released to the public.

"The description of the car is what we worked on hard all weekend because we had no clue what kind of vehicle they left in," Singleton told CNN's Don Lemon on Wednesday night. "We put the word out to law enforcement to be on the lookout and inadvertently one of those agencies sent the description out publicly. That really set us back."

Singleton said the pair has likely ditched the car by now because the description is being widely shared.

Wherever they are, Connolly hopes Vicky White will return safe.

"I think she's in danger," he said when asked what message he would give her. "So I would say: Come home."

"Vicky, you've been in this business for 17 years, you've seen this scenario play out more than once and you know how it always ends," he said.

"Go ahead and end it now. Get to a phone, call 911, turn yourself in and help us get Casey White back behind bars because you know that's where he's going to eventually end up."

Correction: Due to incorrect information from the sheriff, an earlier version of this story inaccurately described Vicky White's interactions with Casey White while he was in state prison. They were in contact by phone, but Vicky White did not visit Casey White in prison, according to a statement from Sheriff Rick Singleton.