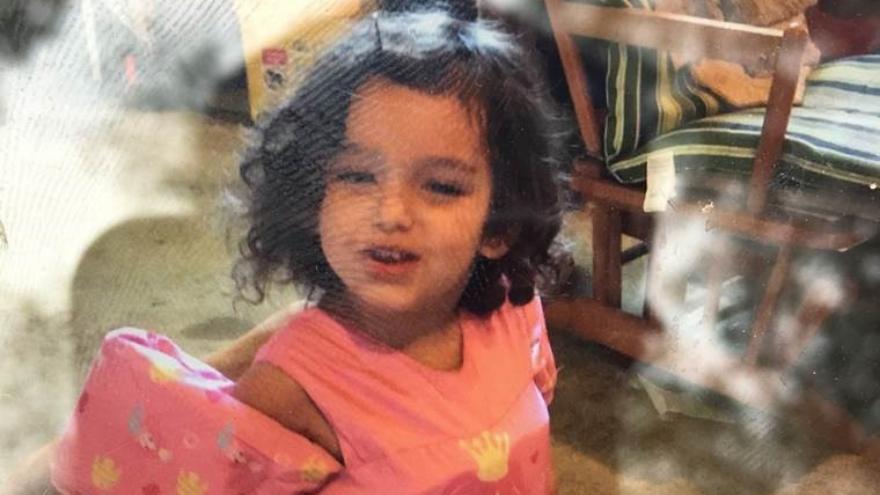 COMINS TOWNSHIP, Mich. (AP) — A missing 2-year-old girl was reunited with her family Tuesday morning, more than 24 hours after she wandered away from a woodland campsite in northern Michigan, prompting a massive search involving law enforcement dogs and a helicopter, police said.

After spending a night outside, Gabriella Roselynn Vitale walked up to a home in Oscoda County around 11:30 a.m. and a woman who lived there notified authorities, state police Lt. Travis House told reporters. The house was about half a mile from the campsite and just west of a command center set up by police.

"We found her coat to the south and east, so she covered quite a bit of ground," House said. "This house kind of marked the very outside of where we covered searching, so far. Luckily there was a resident @ home. The resident had been contacted by us earlier, so she knew Gabriella was missing."

Gabriella's family told police that they lost track of her around 8:15 a.m. Monday while they were packing up at the campsite. Law enforcement from several agencies joined the hunt for the toddler that day, but couldn't find her. She presented herself at the home not long after the search resumed Tuesday morning.

House said Gabriella was "missing her bottoms and her shoes" when she showed up at the house, but that she "seems relatively unfazed for a 2-year-old who's been in the woods overnight."

He described Gabriella as being well and healthy. She was taken to a hospital for observation.

The family is from the Monroe area in southeastern Michigan, according to police. They had been camping at the Comins Township campsite about 170 miles northwest of Detroit since late last week.