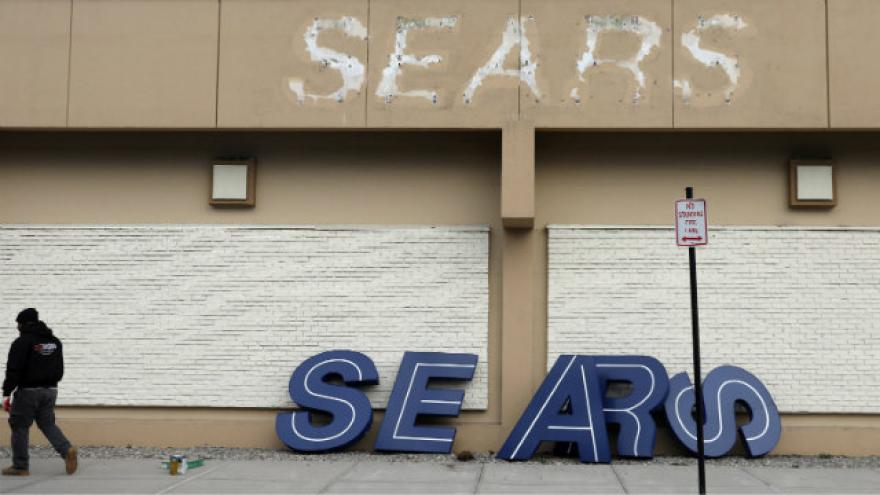 Attorneys for Sears Holdings were scheduled to give an update on efforts to save the company. But nearly 90 minutes after the scheduled start of the hearing, the court postponed it for at least another hour. Photo courtesy Reuters

Attorneys for Sears said they had reached an acceptable agreement with a hedge fund controlled by Eddie Lampert, the chairman and former CEO of Sears, after a series of last-minute negotiations. Without an agreement, Sears faced the possibility of liquidation.

The deal, a revised version of a $4.4 billion bid Lampert submitted in December, would keep 425 of the stores open if certain conditions are met.

Under the new terms, Lampert must come up with a $120 million cash payment by Wednesday afternoon, as a down payment.

By deeming Lampert's revised bid acceptable, Sears started the clock on an auction period that ends on January 14.

Lampert's is the only bid designed to keep Sears open. But it is still possible that those wishing to shut down the company will bid more for the assets than Lampert is offering. That would set the company on the path of shutdown once again.

It could take days or even weeks after the end of the auction to determine who is the winning bidder.

The final deal also requires approval from US Bankruptcy Court Judge Robert Drain. But at Tuesday's hearing he called this preliminary agreement "a good development."

Lampert's hedge fund, ESL, said in a statement that it appreciates the court's encouragement.

"As we have said before, our proposal provides substantially more value to stakeholders than would be the case in liquidation and is the only option to save an iconic American retailer and up to 50,000 jobs," an ESL spokesman said. "We believe in Sears and will continue to do everything we can to ensure that it has a profitable future."

The bid gives Sears a chance to survive, which appeared to be slipping way heading into the hearing.

Lampert submitted a bid on December 28 and Sears had until Friday to accept it, but the company didn't comment before Tuesday's hearing. That's because attorneys were working feverishly to improve the terms of the offer.

The talks continued into Tuesday. A hearing planned for 10 am didn't actually get underway until after 1 pm because attorneys were huddled to discuss details of the bid.

Schrock started the much delayed hearing by announcing "We have what we believe is some very good news for Sears and its stakeholders."

Sears filed for bankruptcy in October, but said it hoped to be able use the process to stay in business. But many retailers end up going bust after filing, despite plans to stay in business. In recent years, Toys "R" Us, RadioShack and Sports Authority have followed that path to the graveyard.

But it wasn't immediately clear how much additional cash Lampert will pay for the assets. He has said he expects the new Sears to borrow $1.3 billion from three leading banks.

In his original bid he also offered to forgive the more than $1 billion in debt he is owed by Sears from earlier loans he made to the company. It was not immediately clear Tuesday how much, if any, debt forgiveness will be included in this revised offer, since final details of the bid are not yet known. If it depends on Lampert forgiving past debt, it could again scuttle the deal and kill the final chance the company has to stay in business.

An attorney representing businesses and people who are owed money by Sears told the court Tuesday they will still challenge the bid if it turns out that Lampert intends to use forgiveness of any of the debt as part of the offer. The attorney does not represent Lampert.

The creditors have argued that forgiveness of his debt should not be accepted as part of the bid, because Lampert loaned Sears the money when he was CEO. The creditors' attorneys question whether the terms of those loans unduly benefited Lampert and his hedge fund rather than Sears.

Lampert and his hedge fund argue the loans were proper and made to keep Sears alive.

The creditors also have been arguing for months that shutting down Sears was the best course for repaying the greatest amount of the money it owed. In bankruptcy court filings it called Sears previous plans to stay in business "nothing more than wishful thinking " and "an unjustified and foolhardy gamble with other people's money."

Sears has had plenty of problems that landed it in bankruptcy court and won't go away even if Lampert is successful in saving part of it.

It hasn't had a profitable year since 2010, and it has lost $12 billion since then. It has been losing ground for decades to big box rivals that offered lower prices and a wider selection of products, as well as by the shift to online shopping. But many of its problems have been self-inflicted.

Since Lampert merged Sears and Kmart together in 2005, the company squandered $6 billion on share repurchases in a failed attempt to support its stock price. That stock became essentially worthless with the bankruptcy filing. It tried to compete by closing stores and cutting costs, failing to invest in their upkeep and modernization. Sears and Kmart stores grew barren and rundown.

It was a sad slide for what was once the leading retailer and the largest private sector employer in America, a company that was once both the Walmart (WMT) and Amazon (AMZN) of its day.

Started in 1886, the company introduced many homes to their first mass-produced goods in an era when most Americans lived on farms or in small towns and made their own clothes and furniture. It then introduced many homes to labor-saving appliances, changing the dynamics of the American family, and anchored hundreds of malls that helped lead to the suburanization of America. It truly changed America.

Lampert's plans are for a much smaller Sears, one that basically would exit much of Middle America and hang onto stores on the coasts where real estate makes the land more valuable. He said he plans to offer jobs to 50,000 Sears and Kmart employees.