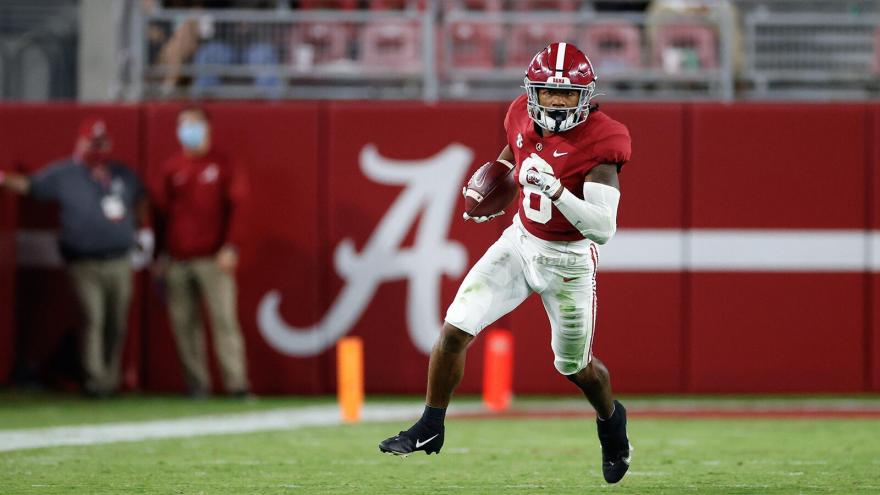 No. 1 Alabama will be sidelined because LSU has a significant number of players in quarantine.

(CNN) -- A bunch of good football teams are being sidelined this weekend.

There were seven games on the Southeastern Conference football schedule for Saturday. Now there are just three.

SEC teams not playing: No. 1 Alabama, No. 6 Texas A&M, No. 11 Georgia, No. 21 Auburn, Louisiana State, Mississippi State, Missouri and Tennessee.

Yes, the culprit is the coronavirus, and now four of those teams have an insufficient number of available players due to positive tests and athletes who might have been exposed having to spend time in quarantine.

"Candidly, the numbers around contact tracing -- and I think you've heard from some of what I've learned from our coaches' comments -- have emerged as one of our biggest challenges to playing," SEC Commissioner Greg Sankey said Wednesday.

Contact tracing involves finding people who have had close contact with someone who has had a recent positive test for the virus. People who have potentially been exposed are told to quarantine for 14 days.

The SEC games are not the only ones that won't be played. No. 3 Ohio State's game against Maryland has been called off and won't be rescheduled.

Three other games -- Memphis at Navy, Air Force at Wyoming and Louisiana-Monroe at Arkansas State are either postponed or canceled.

So half the games that won't be played this weekend are in what many consider the NCAA's premier football conference, one that has produced 10 of the most recent 14 national champions.

"We've seen disruption in every conference and in leagues at the professional level. So the fact that we have disruption this week is not fully news," Sankey said. "The significance of the numbers of contests affected fully is.

"I'm certainly shaken but not deterred."

The number of new coronavirus cases is rising in almost every state across the country. But Sankey said the test positivity rate is very low among players in all sports.

"Even this week, the positive test numbers, even where they've risen, are relatively small. But the contact tracing has the potential to magnify even one positive test," he said.

Neither the league nor the schools said how many football players have tested positive.

The Texas A&M at Tennessee and Auburn at Mississippi State games have been tentatively rescheduled for December 12, a week before the conference championship matchup.

The Alabama at LSU and the Georgia at Missouri games have yet to be rescheduled because LSU and Missouri already have makeup games scheduled for December 12.