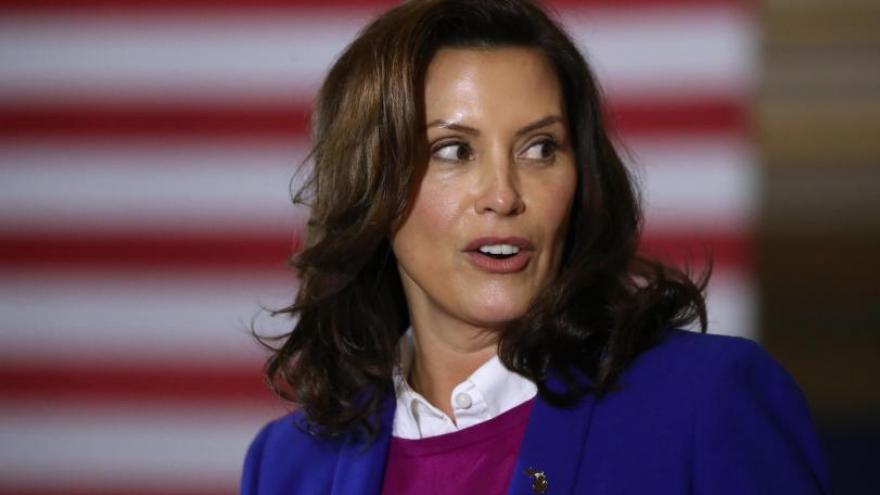 A second defendant has signed a guilty plea agreement for his participation in the foiled plot to kidnap Michigan Democratic Gov. Gretchen Whitmer in 2020.

(CNN) -- A second defendant has signed a guilty plea agreement for his participation in the foiled plot to kidnap Michigan Democratic Gov. Gretchen Whitmer in 2020.

Kaleb Franks signed the plea agreement to plead guilty to a kidnapping conspiracy charge about a month before the criminal trial is set to begin against his alleged co-conspirators. The one count of kidnapping conspiracy carries a maximum sentence of life in prison, but the plea agreement says prosecutors will seek a lesser sentence for his cooperation.

A hearing date for Franks to formally enter the guilty plea in court has not been set on the docket. The plea agreement requires his cooperation with the government, but does not specify whether he has done so yet.

The indictment alleged that between June 6 and October 7, 2020, the six men charged in the case conspired to "unlawfully seize, kidnap, abduct and carry away, and hold for ransom and reward" Whitmer.

Authorities have said the men were planning to kidnap the Democratic governor from a vacation home and blow up a bridge to delay law enforcement, but they were arrested first. In addition to those charged in federal court, several other people were charged in the case by the state.

Franks has acknowledged his participation with other alleged co-defendants of the "Wolverine Watchmen," a Michigan-based self-styled "militia" group he met through a firearms group on Facebook, the plea agreement says.

The plea agreement also explicitly states that Franks confirms that he was not entrapped by two undercover agents who infiltrated the group. Franks' court-appointed defense attorney suggested in previous court filings that he sought to present an entrapment defense theory at trial.

"The defendant became aware after his arrest that several individuals whom he believed to be fellow conspirators were actually undercover informants or agents, including Confidential Human Sources (CHS) 'Dan' and 'Steve.' The defendant was not entrapped or induced to commit any crimes by these individuals."

A judge sentenced Ty Garbin, a co-defendant who pleaded guilty last January to a kidnapping conspiracy charge, to six years in prison.

Prosecutors acknowledged Garbin cooperated significantly with the government against his co-defendants. He's expected to testify against his former co-conspirators at trial.

Four defendants remain as the trial nears. A final pretrial hearing is set for February 18. The trial is currently scheduled to begin March 8 and last six to eight weeks.