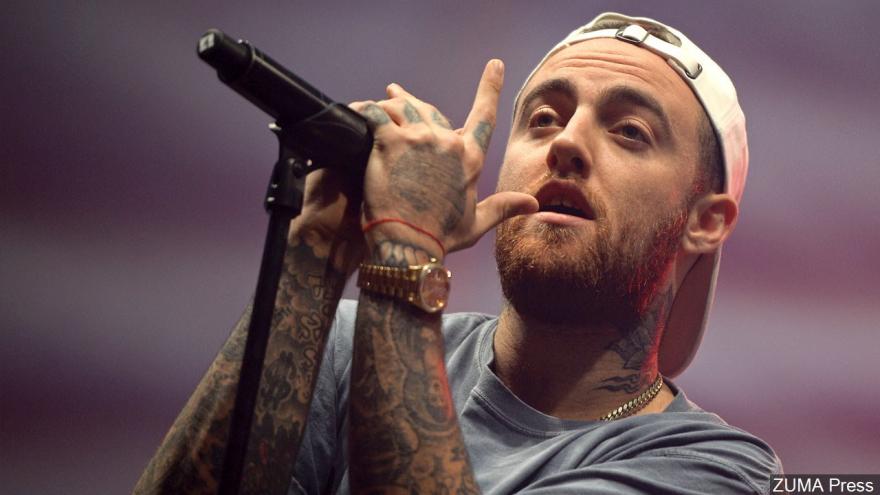 Police gave no details on the connection between him and 26-year-old Miller, who died a year ago in his Los Angeles home of an accidental overdose of cocaine, alcohol and fentanyl, a powerful opioid that's contributed to a deadly epidemic in the U.S. and claimed other musicians, like Prince.

Ryan Reavis, 36, was charged this week with possessing marijuana and prescription drugs as well as weapons offenses and fraud but has not been directly accused of causing Miller's death. Neither has Cameron James Pettit, 28, who was charged this month with selling drugs to Miller shortly before his death.

Authorities in Arizona and federal agents served a search warrant Monday at Reavis' home in Lake Havasu City, where they said they seized prescription pills, marijuana, a doctor's prescription pad, a pistol and two shotguns, large amounts of ammunition and a homemade firearm suppressor similar to a silencer.

Reavis was being held on $50,000 bail, and police did not know if he had an attorney who could comment on his behalf.

Pettit, who was charged in federal court on Sept. 4, has not yet entered a plea, and his attorney has declined comment. He's scheduled to be arraigned Oct. 10.

Miller's rhymes included frank discussion of his depression and drug use, earning him fans among some of the biggest names in hip-hop.

A Pittsburgh native whose real name was Malcolm James Myers McCormick, Miller was also in a two-year relationship with singer Ariana Grande that ended earlier in 2018. After his death, she posted an affectionate video of him on her Instagram page and released a song, "Thank U Next," that lovingly mentioned him.

Miller is among the musicians whose deaths have been linked in recent years to a national wave of opioid abuse. Prince died in 2016 when he took counterfeit pills laced with fentanyl that looked like a generic version of the painkiller Vicodin.

Matthew Roberts, guitarist for the band 3 Doors Down, also died of an overdose in 2016 and had fentanyl and hydrocodone in his system.

This story has been corrected to show the name of the city is Lake Havasu City, not Havasu City.