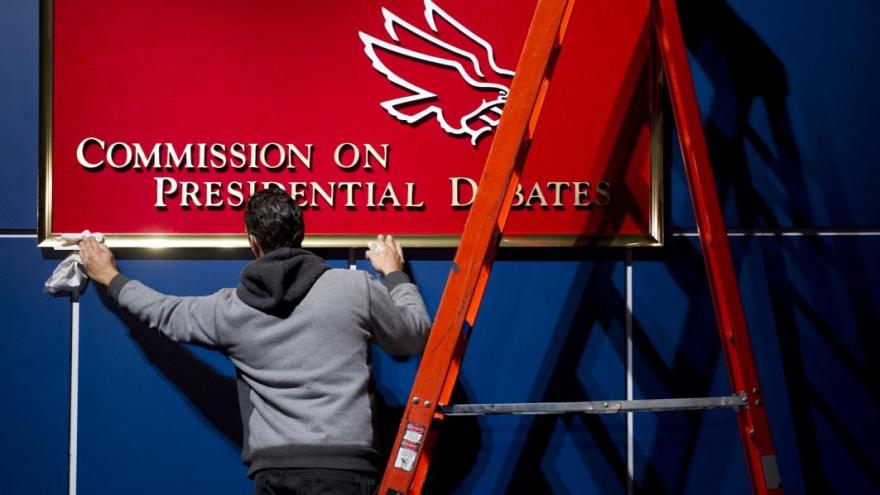 The Commission on Presidential Debates announced on June 23, 2020 that the second general election presidential debate will be hosted in Miami, Florida, after its original host University of Michigan backed out due to coronavirus concerns.

(CNN) -- The Commission on Presidential Debates announced Tuesday that the second general election presidential debate will be hosted in Miami, Florida, after its original host University of Michigan backed out due to coronavirus concerns.

The university was set to host the second of three general election presidential debates between President Donald Trump and the presumptive Democratic nominee Joe Biden on Thursday, October 15, 2020.

Now, the debate will be held at the Adrienne Arsht Center for the Performing Arts in Miami, which hosted the first Democratic debates of the 2020 primary last year.

The university confirmed Tuesday in a statement that it would no longer be hosting.

"Given the scale and complexity of the work we are undertaking to help assure a safe and healthy fall for our students, faculty and staff and limited visitors -- and in consideration of the public health guidelines in our state as well as advice from our own experts -- we feel it is not feasible for us to safely host the presidential debate as planned," University of Michigan President Mark Schlissel wrote in a letter shared with the commission.

The university announced Monday that it plans to launch its fall semester August 31 with a combination of in-person and remote classes, an adjusted academic calendar, and an emphasis on following public health measures.

The Detroit Free Press first reported on the University of Michigan's plans to withdraw.

All three debates will be 90 minutes in length starting at 9 p.m. ET and moderated by a single individual selected by the commission, the nonpartisan nonprofit organization that sponsors the general election debates. The commission said Tuesday it will announce the moderators in early September.

Unlike the other two debates, the second presidential debate will take the form of a town hall where questions will be posed to the candidates from Miami area residents, the commission said Tuesday.

The commission added that it will be following "all Centers for Disease Control and Prevention, state, county and site health and safety protocols at the four debate sites."

The news comes after the Biden campaign on Monday agreed to participate in the three previously announced fall debates -- on September 29, October 15 and October 22 -- with Trump and criticized the Trump campaign's push for additional debates.

"Our position is straightforward and clear: Joe Biden will accept the Commission's debates, on the Commission's dates, under the Commission's established format and the Commission's independent choice of moderators. Donald Trump and Mike Pence should do the same," Biden campaign manager Jen O'Malley Dillon wrote in a letter to the commission obtained by CNN and first reported by The Washington Post.