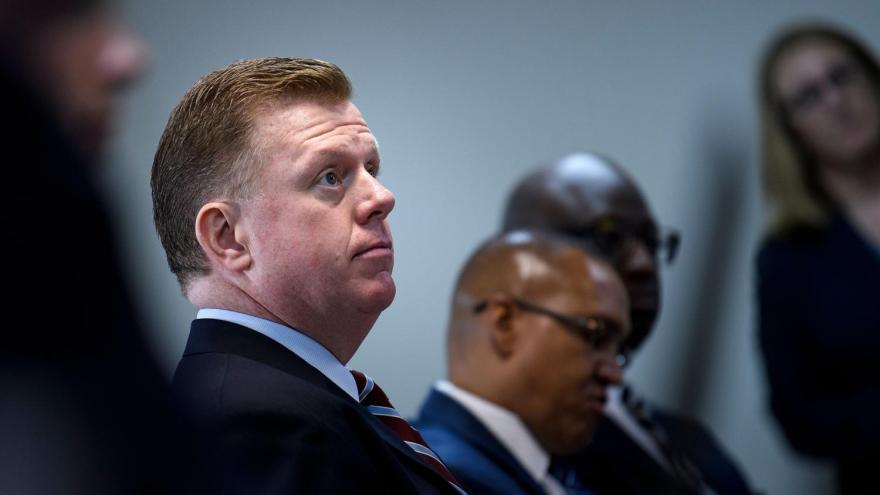 The Secret Service was only able to provide a single text exchange to the DHS inspector general who had requested a month's worth of records for 24 Secret Service personnel, according to a letter to the House select committee investigating January 6,

(CNN) -- The Secret Service was only able to provide a single text exchange to the DHS inspector general who had requested a month's worth of records for 24 Secret Service personnel, according to a letter to the House select committee investigating January 6, 2021, and obtained by CNN.

The revelation provides insight into the concern raised in a recent letter to Congress by the inspector general, who accused the agency of not retaining records needed for the January 6 investigation.

Inspector General Joseph Cuffari -- having already received an initial batch of documents including "hundreds of thousands of disclosures of agency documents, policies, radio communications, emails, briefings and interviews" -- requested in June 2021 text messages sent and received by 24 Secret Service personnel between December 7, 2020 and January 8, 2021, according to the letter, the details of which had not been previously reported. The letter does not identify the 24 personnel.

"The Secret Service submitted the responsive records it identified, namely, a text message conversation from former US Capitol Police Chief Steven Sund to former Secret Service Uniformed Division Chief Thomas Sullivan requesting assistance on January 6, 2021, and advised the agency did not have any further records responsive to the DHS OIG's request for text messages," Assistant Director Ronald Rowe wrote in the letter to the January 6 committee.

Rep. Zoe Lofgren, a California Democrat who is a member of the select committee, said in an interview with MSNBC earlier Tuesday that the panel had received "one text message" that she hadn't yet seen but that the panel would be "pursuing more information as a committee soon."

"In their letter they gave no indication that they have secured the phones in question and done some forensic work with them. That's something we want to know," Lofgren said. "This obviously, this doesn't look good. Coincidences can happen but we really need to get to the bottom of this and get a lot more information than we have currently."

Beyond the inspector general requests, the Secret Service was also sent a broad preservation and production request by Congress on January 16, 2021, which asked for documents and materials related to January 6. A second request in March from several House committees specifically requested communications "received, prepared or sent" between January 5 and January 7.

The agency explained that it was up to employees to conduct the necessary preservation of records from their phones. The letter said the service did provide personnel a "step-by-step" guide to preserve mobile phone content, including text messages, prior to the phone migration that began January 27. It went on to explain that "all Secret Service employees are responsible for appropriately preserving government records that may be created via text messaging."

The Secret Service wrote in the letter that it was still working to determine if any relevant information was lost in the phone migration but said it was "currently unaware of text messages issued by Secret Service employees" that were requested by the inspector general "that were not retained."

"The Secret Service continues to engage in extensive efforts to further assess whether any relevant text messages sent or received by 24 individuals identified by the DHS OIG were lost due to the Intune migration and, if so, whether such texts are recoverable," Rowe wrote. "These efforts include the pulling of any available metadata to determine what, if any, texts were sent or received on the devices of the identified individuals."

The agency is interviewing the 24 users "to determine if messages were stored in locations that were not already searched by the Secret Service."

The letter noted that the Secret Service provided 10,569 pages of documents in an initial response to the congressional subpoena last week. That production included after-action reports, a timeline and policy changes in response to January 6. The agency also sent the committee details of how it classified the relocation of then-Vice President Mike Pence during the riot as an "Unusual Protective Event."

In the haste to respond to last week's demands, the letter notes, the Secret Service sent material without redactions and asked that the committee consult with the agency before disclosing any of the information to the public.