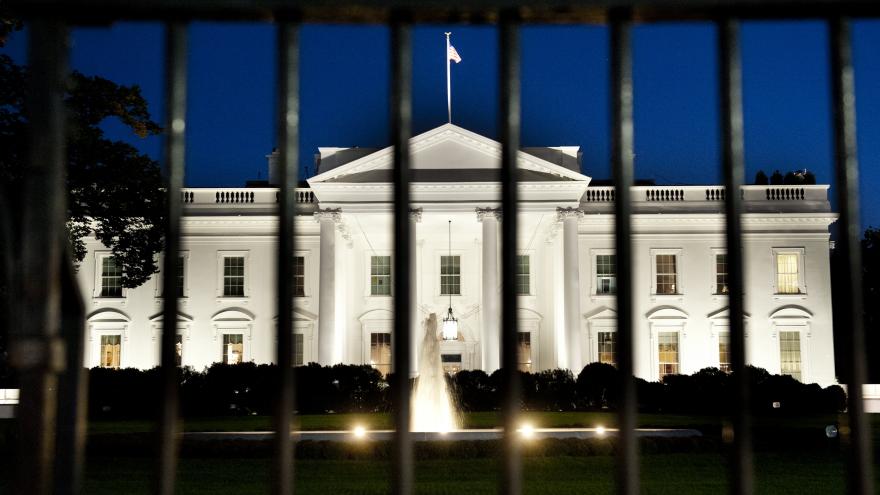 The decision came during an ongoing demonstration in Lafayette Square, across the street from the White House where protestors were trying to bring down a statue of former President Andrew Jackson that stands in the middle of the park. Those protesters were eventually pushed back out of the park by police.

Protesters spray painted "BHAZ" on the pillars of St. John's Episcopal Church, which sits across the street from Lafayette Square. The acronym stands for "Black House Autonomous Zone," an apparent reference to the Capitol Hill Autonomous Zone (CHAZ) in Seattle where protesters have taken over a six-square-block area of the city and kept out police in order to set up their own self-governing space.

The Capitol Hill Autonomous Zone had been a relatively peaceful protest until this past weekend. Two men were shot in the zone early Saturday morning and one of them later died. Police said a "violent crowd" prevented them from getting to the wounded individuals.

In the nation's capital, tensions between groups of protesters and law enforcement outside the White House have been a focal point for the nation in recent weeks as protests continue to play out over the killing of George Floyd, a Black man who died while in police custody in Minneapolis last month.

Last month, Trump was briefly taken to the underground bunker for a period of time as protesters gathered outside the White House, according to a White House official and a law enforcement source. The President was there for a little under an hour before being brought upstairs.

A law enforcement source and another source familiar with the matter told CNN that first lady Melania Trump and their son, Barron, were also taken to the bunker.

Following that episode, the White House cautioned staffers who must go to work to hide their passes until they reach a Secret Service entry point and to hide them as they leave, according to an email which was viewed by CNN.

A few days after, Trump declared himself "your President of law and order" as peaceful protesters just outside the White House gates were dispersed with gas, flash bangs and rubber bullets, after which he walked to a nearby church for a photo opportunity.

He remained at the boarded-up building, brandishing a Bible for the cameras, for only a matter of minutes before returning to the White House.