Sen. Amy Klobuchar says she was diagnosed and treated for breast cancer this year 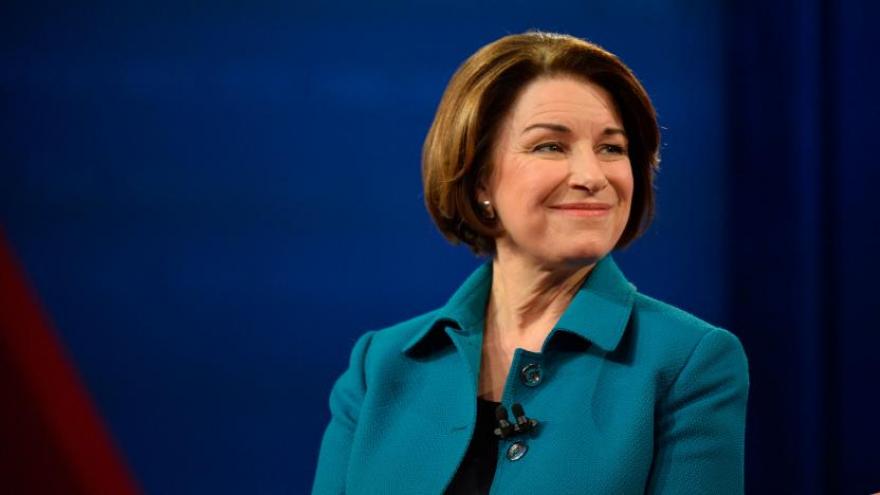 Sen. Amy Klobuchar says she was diagnosed and treated for breast cancer this year.

(CNN) -- US Sen. Amy Klobuchar said Thursday that she had been diagnosed and was successfully treated for breast cancer this year.

In a post on Medium, the Minnesota Democrat said doctors discovered "white spots called calcifications during a routine mammogram" in February, leading to her having a biopsy done at Piper Breast Center in Minneapolis and learning that she had Stage 1A breast cancer.

Klobuchar said she later underwent surgery to remove the cancer and completed radiation treatment in May.

In August, it was determined that the treatment went well, Klobuchar said.

"Of course this has been scary at times, since cancer is the word all of us fear, but at this point my doctors believe that my chances of developing cancer again are no greater than the average person," she said.

Stage 1 breast cancer is a "very early stage of invasive cancer" where the cells have spread to normal breast tissue but are contained to a small area, according to the Memorial Sloan Kettering Cancer Center. In Stage 1A breast cancer, a tumor measures up to 20 millimeters, roughly a size of a small grape, according to the MSKCC.

In her post Thursday, Klobuchar thanked the medical staff, her friends and family for "their support" during the surgery and radiation, which she noted coincided with the death of her father, Jim Klobuchar, a longtime Minnesota newspaper columnist, in May.

"Their support allowed me to continue my work with my colleagues on major pandemic and economic legislation, as well as chairing the joint Senate January 6th investigation and the For the People hearings while undergoing cancer treatment," Klobuchar said.

Klobuchar used her announcement Thursday to urge Americans to not delay physicals and routine examinations because of the Covid-19 pandemic -- as she had.

"It's easy to put off health screenings, just like I did. But I hope my experience is a reminder for everyone of the value of routine health checkups, exams, and follow-through," she wrote. "I am so fortunate to have caught the cancer at an early enough stage and to not need chemotherapy or other extensive treatments, which unfortunately is not the case for so many others."

She added that the experience gave her time to reflect on her life and those she loves and also gave her "renewed purpose to my work."