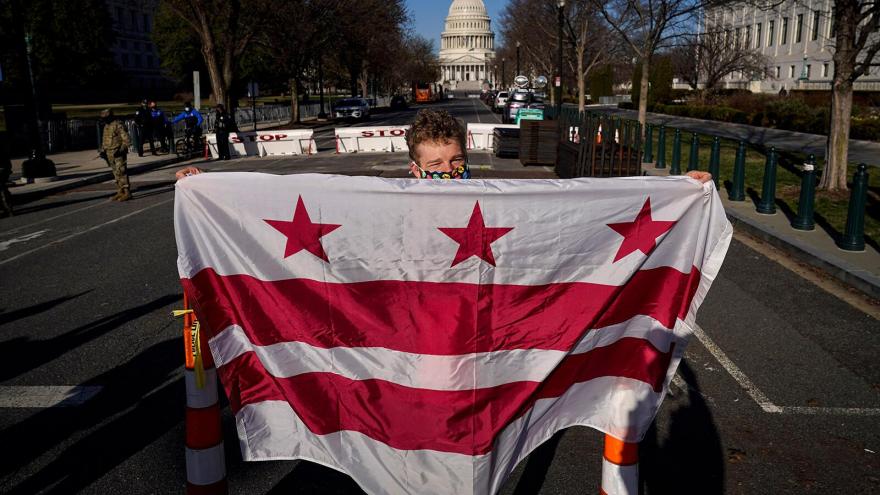 (CNN) -- A Senate committee will examine a bill on Tuesday that would grant statehood to Washington, DC, with the panel's members hearing testimony from experts and the city's mayor on the key Democratic priority, which has gained momentum in recent years.

The Senate Homeland Security and Governmental Affairs Committee will focus its attention on S51, the Washington, D.C. Admission Act, two months after House Democrats passed that chamber's version of the legislation, which would create the nation's 51st state using most parts of the city. Parts of DC that are home to federal buildings like the White House, the US Capitol and the Supreme Court would become a "Federal District," according to the bill.

The hearing and eventual committee vote on S51 represent important steps toward establishing statehood -- an issue that Democrats have pushed in recent years after taking control of the House in 2018 and the Senate and White House in 2020. The House version of the statehood bill first passed that chamber in 2020 but did not advance in the Senate, which was controlled by a Republican majority at the time.

Even with Democrats now controlling a narrow majority in the Senate, S51 faces an uphill fight there, where it is unlikely to get enough Republican support to clear a 60-vote threshold for passage.

"All Americans deserve equal voices and rights in our democratic republic. Unfortunately, more than 700,000 residents of Washington, D.C. -- who pay taxes, serve in the military and work for the American people -- do not have an equal say in the laws and decisions that govern them," Sen. Gary Peters, a Michigan Democrat who's the committee's chairman, said in a statement.

Tuesday's hearing will feature testimony from a number of experts and advocates, including DC Mayor Muriel Bowser, a Democrat who also appeared before a House panel earlier this year to urge lawmakers to pass the statehood bill.

Support for the issue will also be on display outside of the Capitol on Tuesday as DC Vote, a statehood advocacy group, holds a rally near the building. The group said in a statement that more than a dozen noted supporters will speak at the event, including Democratic Sen. Tom Carper of Delaware, who introduced the Senate bill.

Democrats have framed the issue of granting statehood to Washington -- which voted for Joe Biden over then-President Donald Trump by 92%-5% in November -- as an important step for equal representation and voting rights in the United States, while Republicans have argued that the legislation represents a partisan effort by Democrats to push a progressive agenda and tip the scales in Congress in their favor.