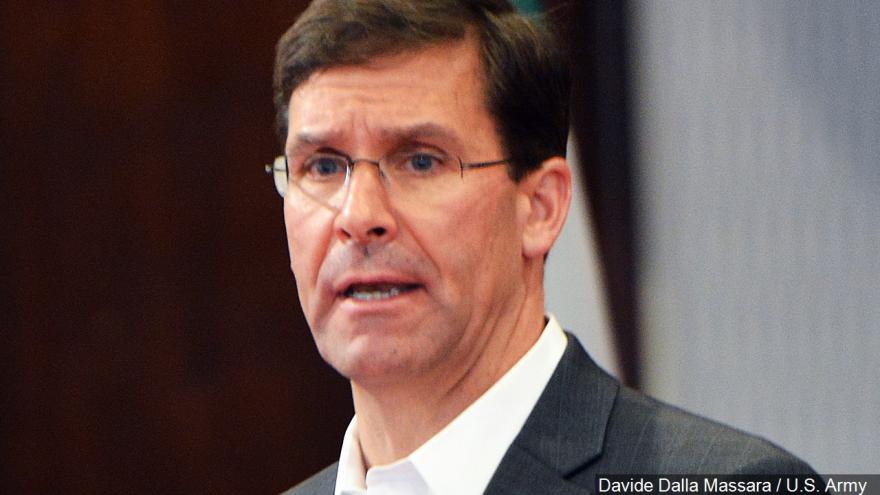 Esper's confirmation ends a stretch of seven months the Pentagon didn't have a permanent leader.

Esper won Senate confirmation on Tuesday by a vote of 90-8 and is to be sworn in by day's end.

The Pentagon had been without a permanent boss since Jim Mattis stepped down last New Year's Eve. Deputy Secretary Patrick Shanahan became the acting secretary, but after six months as the fill-in the former Boeing executive abruptly quit.

Esper then became the acting secretary, but once he was nominated last week he had to step aside until a Senate vote.

For the past week the Pentagon has been run by yet another fill-in, Navy Secretary Richard V. Spencer.