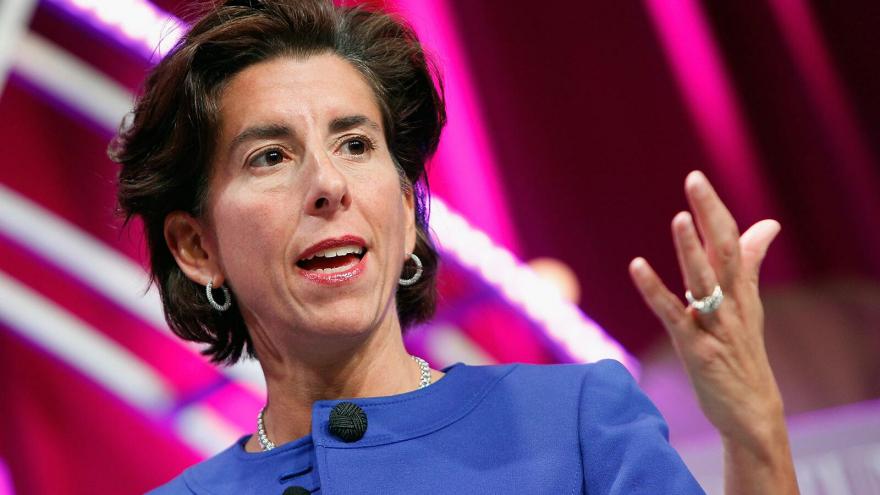 The Senate voted on Tuesday to confirm Gina Raimondo as President Joe Biden's secretary of commerce. Raimondo is the first female governor of Rhode Island, serving since 2015.

(CNN) -- The Senate voted on Tuesday to confirm Gina Raimondo to serve as President Joe Biden's secretary of commerce. The vote was 84-15.

Raimondo is the first female governor of Rhode Island, and has served as the state's Democratic governor since 2015. Prior to serving as governor, Raimondo was elected general treasurer of Rhode Island in 2010. She also co-founded Point Judith Capital, an early stage venture capital firm. She was among the women considered to serve as Biden's vice president.

As commerce secretary, Raimondo will be in charge of a sprawling department that works to promote job creation and economic growth across the country. Biden is expected to lean on his commerce secretary to rebuild relationships with a business community that had an at times fractured relationship with the Trump White House. While the former Republican President often touted support from different businesses, pro-business groups like the Chamber of Commerce were often critical of Trump.

The nomination faced pushback from some Republicans, including Sen. Ted Cruz of Texas, who has accused Raimondo of taking a "soft stance on China."